Home Uncategorized My First Car: Meet Gail Wise, Who Snagged the 1964 Mustang Before... 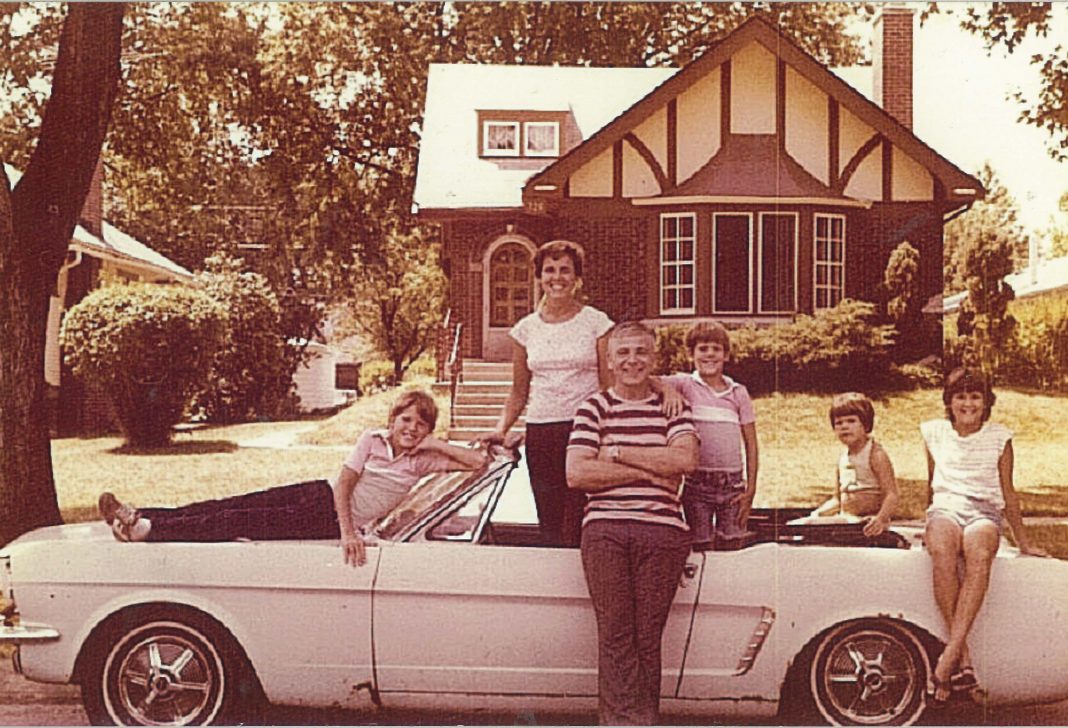 Gail Wise didn't know she was the first ever Mustang owner when she posed with her family for their Christmas card in 1979.

Gail Wise unknowingly became the first ever Mustang owner when she bought her skylight blue Pony on April 15, 1964 in Detroit, Michigan – two days before the public even had a chance to see its debut at the World Fair in New York. She paid over half of her teacher’s salary of $5,100 a year, but understood the car was special. “When I drove it down the street, it was like I was a celebrity,” Wise said. “Everybody was waving at me and asking me to slow down so they could give me high fives.” Wise and her husband, Tom, in front of the 1964 Mustang, which they restored and still drive (very carefully).

Gail and her husband, Tom, drove the ‘Stang until 1979 when it started having mysterious problems. “Tom would say, ‘I’ll fix it next week.’ Of course, next week turned into twenty-seven years and four children later,” shared Wise. The couple built an additional garage so they could keep the car, but it sat under a pile of storage for over two decades.

When Tom retired and made time to work on repairing the old Pony, a Google search showed him that the “first ever Mustang owner” bought the car on Thursday April 16th. He and Gail knew that wasn’t right. So they gathered the paperwork from the sale on Wednesday, April 15th and called up Ford.

Since then, Gail has been recognized as the official first owner of a Mustang. She and Tom travel with the car to auto shows all over the country and enjoy the public spotlight (“I feel like a movie star at 72!,” Wise said). However, Wise has noticed something odd about how the media portrays her: “I think it’s silly when I go on the Internet and all the headlines say, “The first Mustang owner was a WOMAN” she said. “I never felt like I was beneath any man. I remember the sales man telling me that the Mustang was more of a muscle car, but I said, ‘Girls like to have fun, too.’”

See more about Gail Wise and her story here.