Home Transportation Sorry, Garcetti: Monorail Is a Non-Starter for The 405 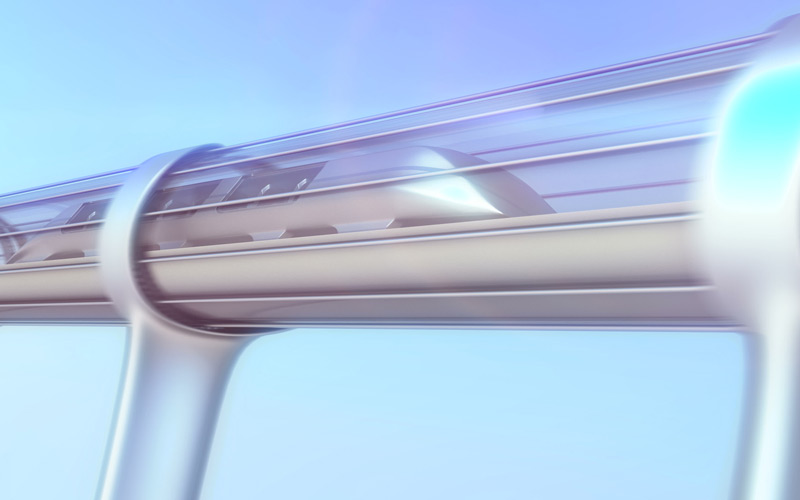 The city is making major progress connecting its rail system to places Angelenos want and need to go: the beach, USC, the UCLA area, LAX. The Sepulveda Pass remains the big unanswered question. How will Metro—infused with cash from Measure M—traverse the mountainous area and connect the Valley to Westwood?

Mayor Eric Garcetti recently told KNX-AM that a monorail above the 405 could be the solution, since a regular, above-ground light rail or heavy rail train can’t ascend the steep incline of the Pass. Taking a Disney-esque ride to work every day sounds fun, but it is probably as realistic as a catapult station being built near the Geffen Playhouse.

Monorails have been bandied about for decades in L.A., almost coming to fruition in the 1950s and 60s (see a later vision below, via The American Monorail Project).

But the same opposition that helped kill them a half-century ago would likely be just as vocal in the 21st-century. Monorails require huge pieces of infrastructure; enormous support columns and giant boxy stations. While many of us associate monorails with Disneyland, they’re also a feature in Vegas. The stops are not located on the Strip because of their cumbersome nature and enormous visual impact. Officials didn’t want the trains blocking the billboards and architecture of the Strip, just as Angelenos protested against monorails sullying our unofficial main street, Wilshire Boulevard. In this decade, the wealthy denizens of Bel-Air and Brentwood would likely not be on board with a monorail system running in their backyards.

Also, where would the monorail stations go? The Purple Line will have a subway station near Wilshire and Westwood boulevards hopefully by the next decade or so. How would it connect with a monorail station going north? Unless UCLA or the federal government consents to handing over one of their giant parking lots, a Westwood monorail station would probably have to be somewhere on the UCLA campus, not a super-easy walk for the thousands of office workers at Wilshire and Westwood. A Valley station seems more doable, with room for a giant commuter parking garage, but a monorail stop at the Getty Center seems unrealistic, with the nearby wealthy homes and general lack of space.

If Garcetti is confirming a light rail or heavy rail train can’t make it through the Pass, it seems the only realistic option is going to be a tunnel under the area. That sounds like an unbelievably ambitious endeavor for L.A., something almost on par with the concrete-ing of the L.A. River, construction of the freeway system, the building of the Red Line subway between the Valley and DTLA, and hosting two Olympics. The good news is we actually accomplished all those things.

The Garcetti-to-India Waiting Game Has Pushed L.A. into Political Purgatory