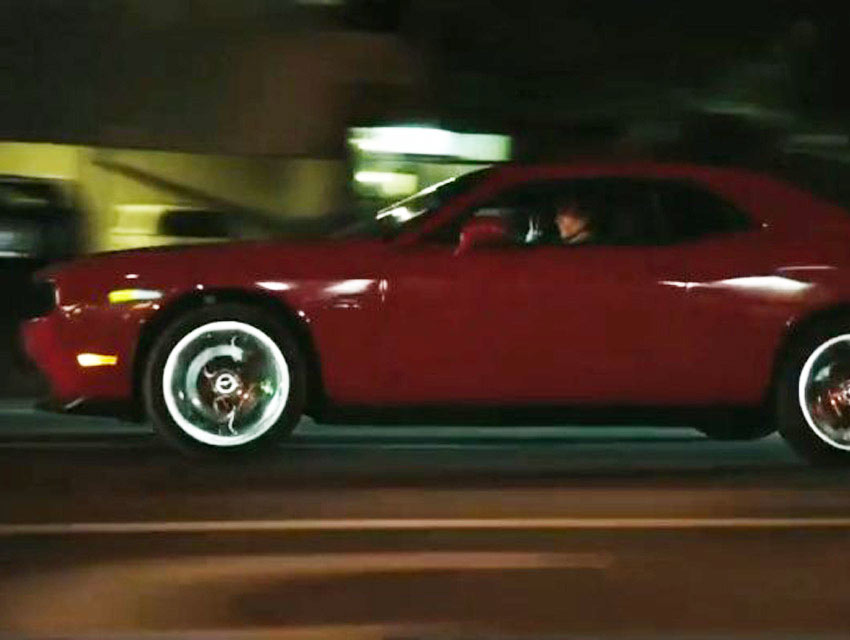 There are no shortage of celebs and fun moments to look forward to when it comes to “Hollywood’s biggest party of the year”: Tina, Amy, Clooney, possible big moments for Bill Murray and Jennifer Aniston, and, of course, drunken gaffes. While the Golden Globes trim much of the fat that the Oscars leave behind—no editing or makeup honors—there is one category the Hollywood Foreign Press woefully ignores—best car. We took it upon ourselves to name this year’s best achievements in auto-exotica, as well as our suggestion for the best wheels in entertainment. The nominees are: Dodge Challenger in Nightcrawler
Los Angeles looked its sexiest as it zoomed by the cherry-red Charger owned by deviant Lou Bloom, played by Jake Gyllenhaal. The car was the embodiment of the fast, dangerous city that Bloom was hawking—via his video coverage—to his desperate TV news producer boss. Rolls-Royce in Grand Budapest Hotel
It’s oh-so-fitting that the octogenarian millionaire portrayed by Tilda Swinton rides around Europe in a shiny, white rolls-royce. Like all things Wes Anderson, The Grand Budapest Hotel is art directed within an inch of its life, and the rolls blends seamlessly in the 1930s scene. Catalina Safari in Fargo
Chilling and humorous—just like the film it’s based on—the FX show Fargo begins with a bang. And that bang involves a nearly-nude man hopping out of a crashed station wagon driven by the psychotic Lorne Malvo. Somehow, Billy Bob Thornton made a ’70s fixture as terrifying as it once was familiar. Model-T in Downton Abbey
Cars are really starting to take off in the early 1920s, which is when the fourth season of Downton Abbey takes place. There are lots of vehicles for Ladies Mary and Edith to take into London, but Lord Grantham’s Model T is our favorite, if just for the fact that the Brits are driving an American car.

Our winner: the Challenger all the way. We love ’70s muscle cars, especially when they’re racing through the streets of L.A.