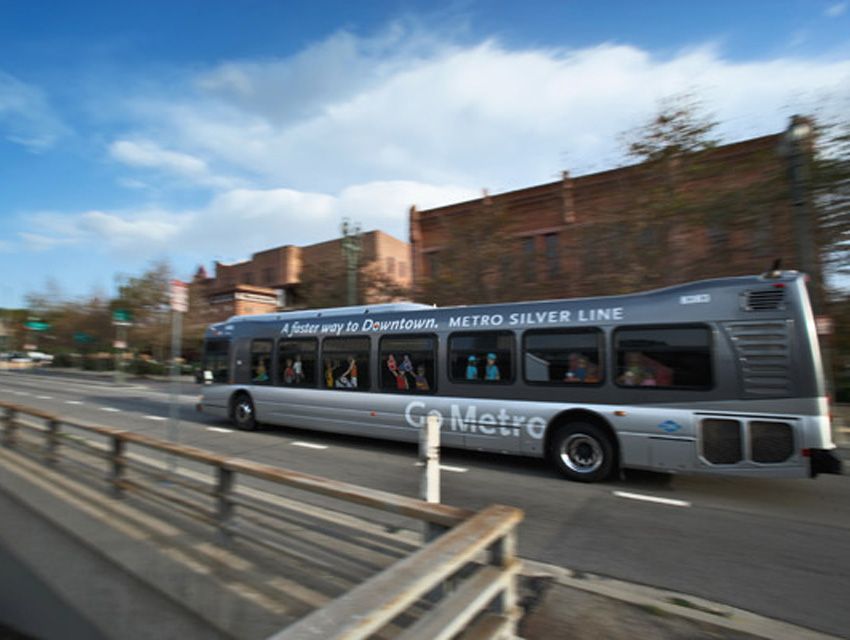 Possibly because of low gas prices and the ascendancy of Uber, ridership on many of Metro’s train and bus lines are stagnating or dropping. A bright spot for the transit agency is the Silver Line, a bus rapid transit line that operates from El Monte to the Harbor Gateway Transit Center near Gardena, via DTLA. Growing in ridership, the Silver Line takes advantage of carpool lanes along the 10 and 110 and allows for a pretty speedy ride. This week, the Silver Line extended its reach, traveling south from the Harbor Gateway Transit Center all the way to San Pedro.

The new service, known as the 950X Silver Line Express, replaces the former 450 bus line, cutting down on transfers for people traveling further north or south. The Silver Line Express will run about every 20 minutes to and from San Pedro during the busy morning and afternoon commutes. The express line also runs outside of rush hour and on weekends, but less frequently.

The Silver Line is a true commuter line, akin to the Big Blue Bus 10 line that directly connects Santa Monica and DTLA via the 10 freeway. Metro’s Silver Line is $2.50 per ride—75 cents more than a regular Metro bus ride—but we often hear good things about it. Our two cents: throw some WiFi on that sucker and watch that ridership rise even more.

Click here for more info on the Silver Line.