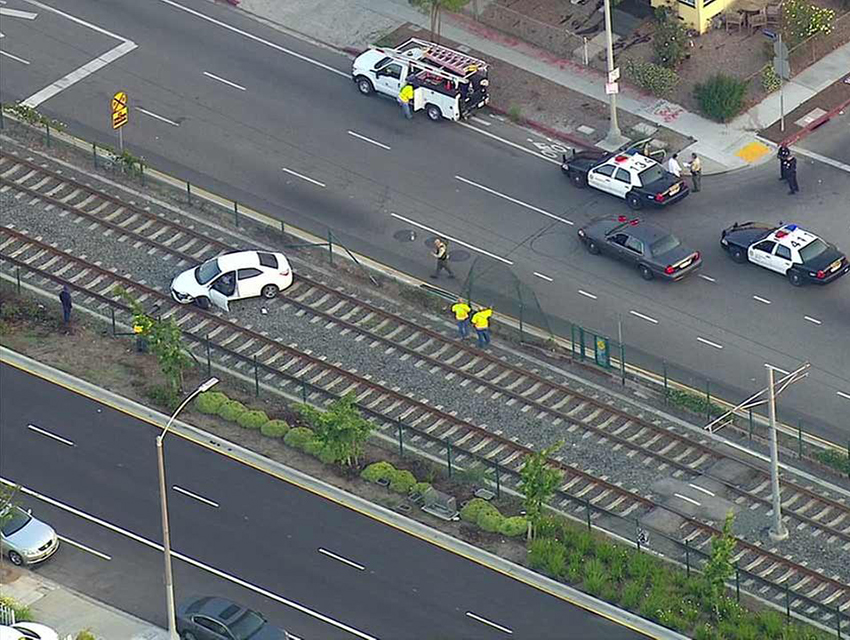 With perfect weather and free fares on Saturday, crowds swarmed the new Expo Line extension to Santa Monica this weekend. Things went relatively smoothly, but the big test was the Monday morning commute: Would all those media folks take the train to the Water Garden? Would Santa Monica College students make it to class on time? Would the 10 freeway get some relief?

Before we could answer any of those questions, it happened. Someone crashed through a gate and ended up in the middle of the tracks between the Crenshaw and Western stations—at 5 a.m., mere hours before rush hour hit (the driver was uninjured, though arrested).

Almost immediately, Metro alerted riders through social media, started bus “bridges” between the stations, and worked to dislodge the car and fix the gate. By 7 a.m., train service was mostly back to normal, with a few residual delays. (Here’s a reminder on where Westside drivers need to be extra vigilant.)

Talk about a headache; but this isn’t new for Metro. Less than a day after the Gold Line extension to Azusa opened in March, a big rig crashed near the tracks and damaged the overhead wire that powers the trains. The accident happened in the early hours of a Sunday morning, but Metro managed to fix the damage so the Monday morning commute wasn’t affected.

At least when the Gold Line extension to East L.A. opened in 2009, the transit agency had 11 days before someone drove into the train’s path and disrupted service.