Home Uncategorized Marijuana on the Roads: How High Are the Stakes? 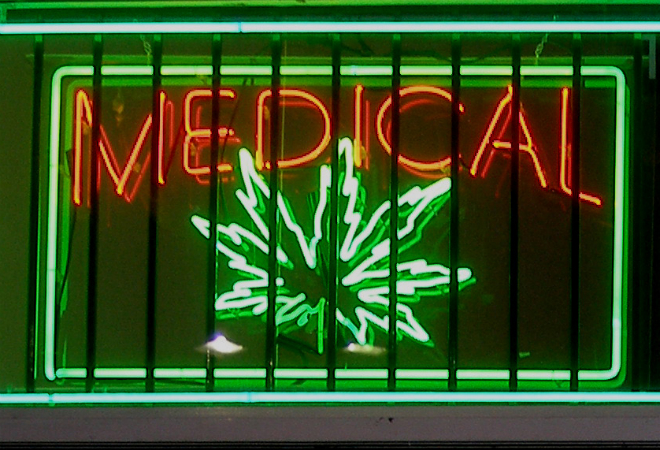 Thanks to Cheech and Chong and anything-goes Venice, marijuana has long been a central part of L.A.’s hip, relaxed image—but the drug has never been as accessible as it is now. Pot dispensaries, where weed is doled out to anyone with a headache, a prescription, and $30 bucks, are almost as common in L.A. as car-clogged freeways. Those two things, driving and weed, often go hand-in-hand in a city like ours. The question is: how does legal enforcement define, detect, and prevent stoned driving?

With the legalized use of recreational pot likely on the ballot for 2016, California officials will have the benefit of looking to Colorado and Washington for answers, two states that recently legalized recreational use of marijuana.

Five nanograms of THC, the active ingredient in pot, is the current legal limit for bloodstreams in Colorado and Washington. Figuring out that nanogram level is much more complicated than administering a Breathalyzer test; THC levels have to be measured via blood or urine samples, and obtaining such bodily fluids wouldn’t be possible on, say Mulholland Drive (not to mention, the results would be far from instantaneous). If a cop does manage to get an accurate THC measurement, probably after an accident has taken place, the number is often skewed by THC’s tendency to overstay its welcome in the body. Habitual pot users, both party people and chemo-suffering cancer patients, will have traces of THC in their system even if they haven’t lit a joint in days. Further complicating a true measurement of impairment is the malleable potency of weed; someone can get just as high from a puff of kush as they can from five bong hits of schwag. Since there is no quick and accurate measure of “highness,” Colorado is focusing on prevention. The state is spending $430,000 to educate drivers on the dangers of driving while too stoned. Posters and broadcast ads will warn users, “Drive High, Get a DUI.” (You can drive high though, just under-five-nanograms-of-THC high.) Critics say the campaign is neutered by a lack of specifics, e.g. how long you should wait to drive after you smoke or nosh on a laced brownie.

Throwing away oodles of money to combat stoned driving is likely a misallocation of resources (since evidence points to drunk driving being far more dangerous), but we do need to do a better job at detecting and policing stoned driving because its occurence will likely rise exponentially what with pot becoming so much easier to obtain. For now, though, stoned driving is still a punch line. Mark Kleiman, a public policy professor at the UCLA School of Public Affairs, used a timeworn reference to illustrate the difference to the New York Times: “The joke with that is Cheech and Chong being arrested for doing 20 on the freeway.”