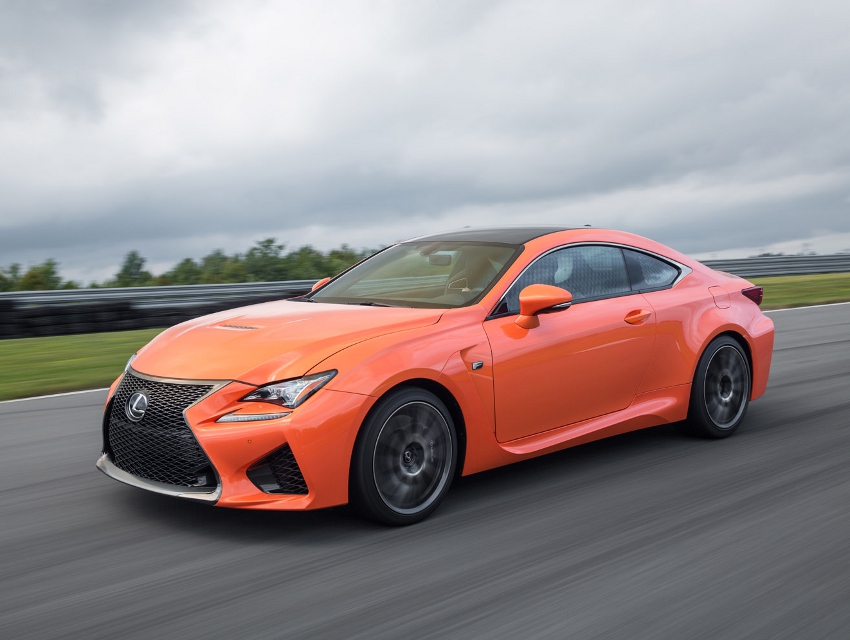 It took supreme confidence—and some might say a dash of hubris—for Lexus to come up with their unrestrained übercar, the LFA. Launched in 2010 with a starting price of just under $400,000, the supercoupé delivered a cost-no-object wishlist of wild technology and eye-opening innovations. More crucially, it elevated the Lexus brand, inspiring a sense of shock and awe that was previously unheard of from the company more commonly associated with suburban dreamers than power hungry one-percenters.

To build on its badass rep, Lexus has since launched a high-performance sub-brand dubbed, “F.” The second specimen from this ballsy boutique is the new RC-F. Does the sports coupe live up to the promise of its outrageous halo car ancestor, and more crucially, is it special enough to distract buyers from blue chip performance juggernauts like the Audi RS5, BMW M4, and Mercedes-Benz C63 AMG?

After spending a day with Lexus’s latest, a few observations: First, despite some snazzy scoops and styling details (heightened, no doubt, by the boldest color palate this side of David Hockney’s ultra-vivid “Mulholland Drive: The Road to the Studio”), the RC-F’s silhouette is still rooted in the ordinary. It’s like the designers tried to make it look more approachable, kind of like dialing down Brigitte Bardot’s makeup so you end up with Blake Lively. Second, it’s actually quite nice inside; from the beautifully stitched leather seats to the big, centrally positioned LFA-inspired tachometer, the folks at Lexus prove they can build an intriguing cabin when they want to.

Unlike some Lexus vehicles, which can rightfully earn accusations of being soulless peoplemovers, the RC-F is actually a kick to drive, so much so that it might inspire unscheduled visits to Hockney’s aforementioned curvy road. From within the RC-F’s low-to-the-ground cabin, this sports coupe manages to feel buttoned down and purposeful, in spite of its relatively luxurious accommodations. There’s little fat or overt cushiness to the way it steers and turns, and when you lay into the right pedal, the 460 horsepower V8 does a stellar job of catapulting you forward through space.

Does the RC-F match up to the finest hot-rodded Benzes and Bimmers? Well, that’s a high bar, since the Germans have been perfecting their game for years, and Lexus is still relatively new to the high performance party. There’s still some room for refinement when it comes to the transmission’s downshifts, for instance, and the Lexus feels incrementally less focused on the racetrack than its German counterparts. But when considered as a new take on the $60,000 performance car, Lexus delivers an automotive statement that’s as fresh as a Hockney, and about as colorful, too.