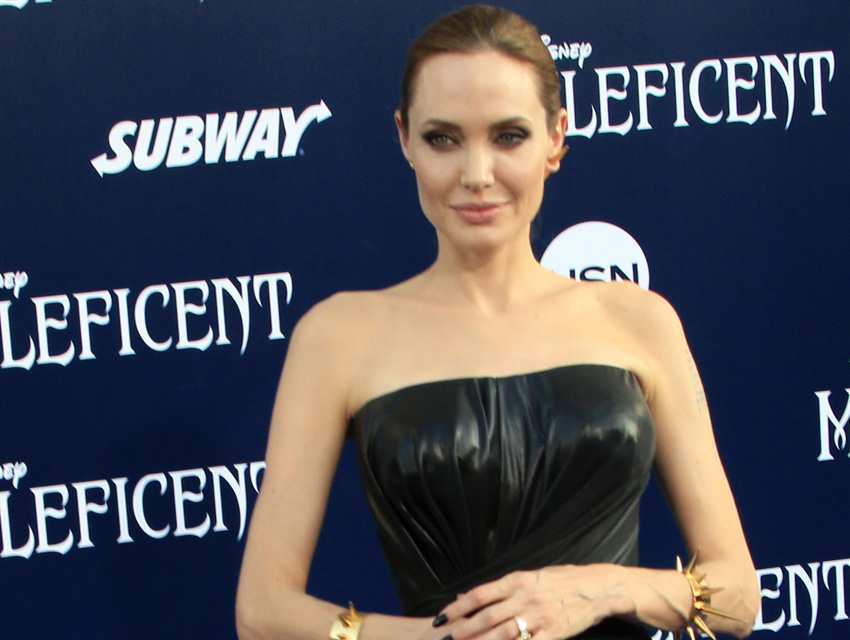 Last night after a screening of Angelina Jolie’s new film Unbroken, Jolie’s hired SUV hydroplaned on Santa Monica Boulevard, losing control and hitting a traffic median. Though the extent of the damage seems to be two exploded tires, the median prevented the car from skidding into oncoming traffic. Reports confirm that Mrs. Brad Pitt left the scene unharmed, but this accident is a good reminder for L.A. Drivers to drive with caution in the rain.

Don’t let hydroplaning happen to you! The consistent heat from the sun bakes oil and car muck (note: not scientific term) onto the surface of L.A. roads between rainstorms. When that rain does come down, it liquefies all that slippery stuff, making it harder for tires to keep a grip on the concrete. Hydroplaning occurs when the soup of water and oil gets between your tire and the road, causing the tire to lose treading, which can lead to loss of control.
There are multiple ways to prevent hydroplaning, as well as spinning and skidding if hydroplaning occurs.

Prevent That ‘Plane
1. Take care of your tires. Rotate those babies regularly, make sure they’re properly inflated, and check their tread using the penny test. Keeping your tires in shape is the best defense against hydroplaning when rain turns Wilshire into a slip ‘n’ slide.
2. Avoid outer lanes. Water builds up closer to the sidewalk, creating more chances for your tires to lose touch with the pavement. Get to some higher ground, like the middle lane.
3. Follow the leader. Try driving in the tracks of the car in front of you. Traffic seems to slow naturally in L.A. during rain, but it is important to maintain a safe distance from your neighboring vehicles, in case hydroplaning gets the best of one of you.

If Hydroplaning Happens
1. Keep it loosey goosey. It will be okay. No pressure, but panicking is probably the worst thing to do during hydroplaning.
2. Don’t slam on the brakes. Any lead foot action could cause the car to swerve or spin. If you really need to use them, it’s better to pump gently on the brakes.
3. Be patient. Maintain a firm grip on the steering wheel and keep the car pointed forward. Do not over-steer, because that can lead to unintentional donuts. Be ready for your wheels to regain traction with the road.