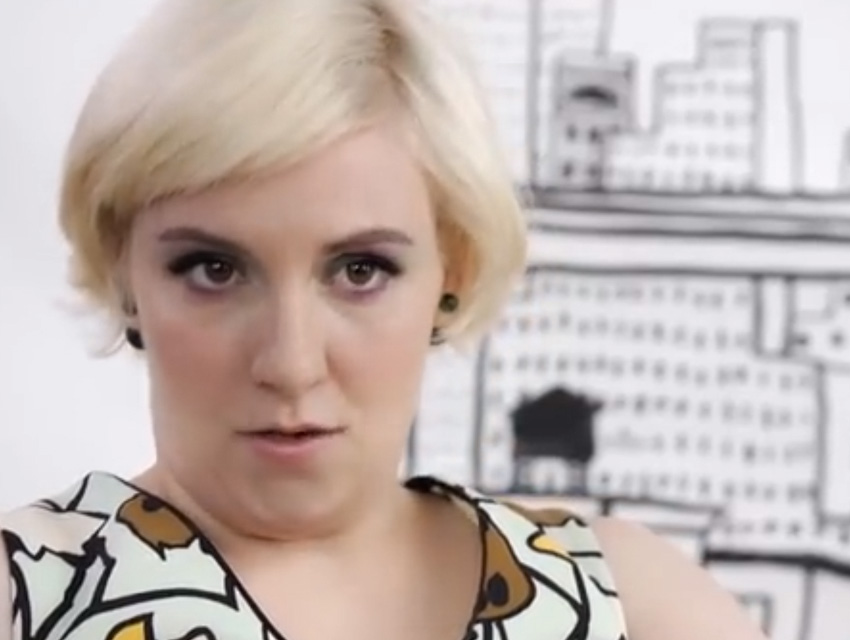 Riding in the car with Lena Dunham is like catching up with an old friend from high school—an old friend from high school who went off to college, paired up with Judd Apatow, and is now writing, directing, and starring in an Emmy-winning HBO show. You have a lot of questions: How does one meet Judd Apatow? What kind of crazy pressure are you under? And, also, is that cranky roommate character based on me?

Unfortunately, Not The Kind of Girl: A Young Woman Tells You What She’s Learned doesn’t answer many of the questions you’re harboring about Lena’s career. Listening to the audiobook is, indeed, like catching up with an old friend from high school, but one who wants to mostly talk about what most would save for therapy (hence her latest controversy).

Lena tells you about abusive boyfriends (that you’re sure inspired the character Adam on Girls), an inappropriate middle school teacher, and a college Republican that you want to hunt down and punch in the face. She assures you she’s with a nice guy now—from your occasional Google search you already know that it’s Jack Antonoff, the guitarist from Fun.—and that her relationship has shed light on how crappy guys have treated her in the past. The book even includes a frenetic email to an ex, annotated in an effort to point out the comedy of desperately caring for someone not good for you. It’s not exactly the pointed, David Sedaris-esque essay you were promised, but you can’t deny how you relate.

Lena, you think, please tell me more about what it’s like to be the youngest show-runner in all of Hollywood. Never one to under-share, the 28-year-old spends much of her book spilling secrets, but not sharing her secret (maybe it doesn’t exist). She comes close, comparing her mother’s early habit of taking artistic nude selfies to her comfort with performing naked on national television. She recalls her brief stint as an ambivalent employee in a high-end baby-clothing store during the first summer after college, where customers inspired Lena’s web-series called Delusional Downtown Divas.

One essay squeaks by the topic of Hollywood, with Lena promising to publish a tell-all memoir about the sexism she’s faced in the biz … when she turns 80. What! Some of us don’t want to wait five decades to figure out if Judd Apatow is as cool as he seems on Twitter.

While it’ s more than tempting to attempt to connect the dots between Lena’s collection of memoir stories/essays, the fictional character she portrays on Girls, and her actual real life, viewing Not That Kind of Girl as an independent entity will help preserve your sanity. It’s a curated representation of one woman’s experiences, hence the quotes around “learned” in the title. Listening to the audiobook does add a level of difficulty—sometimes it’s hard to hear the voice of Hannah Horvath describing what could easily be HBO material and not let the TV show get tangled up in the book and the author.

Even if she doesn’t answer all your burning behind-the-scenes questions, Lena makes a thought-provoking commute-buddy. Even if her stories aren’t the ones you asked for, they are worth hearing. Not That Kind of Girl runs for six hours and ten minutes and can be downloaded for $23.95 (or for free with an Audible one-month trial).