Home Uncategorized L.A. Paved More Roads This Year Than Ever Before 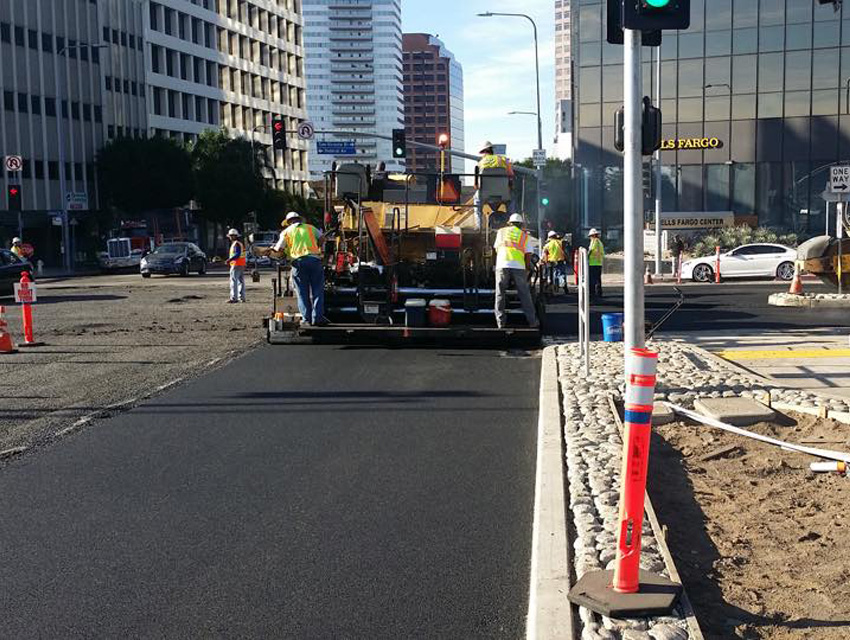 Does it feel any smoother out there? Mayor Garcetti hopes so—on Tuesday he touted that crews paved 2,400 miles of L.A. roads in the past 12 months. That’s the largest amount in city history and more than 10 percent more mileage than what was paved the previous year. City crews paved an average of 6.5 miles of road every day.

“Since day one of my administration, our streets have been a top priority of my Back to Basics agenda,” Garcetti said in a statement. “By focusing on collaboration and efficiency, we’ve made City Hall work better, and now we’re on course to fix more streets than ever before.”

Big paving projects like the Wilshire busway and upgrades to Venice Boulevard near the Culver City Expo Line station have helped, but L.A. roads still have a very long way to go. A peek at the L.A. Times‘ interactive map on road conditions shows several neighborhoods with numerous crumbling roads. The streets and neighborhoods are given grades to rank their condition, and places like Silver Lake (where 398 of 757 roads were given an “F”) and Hancock Park (166 of 298 streets failed) remain in really bad condition. So, good work mayor, but maybe we could get to 3,000 next year?