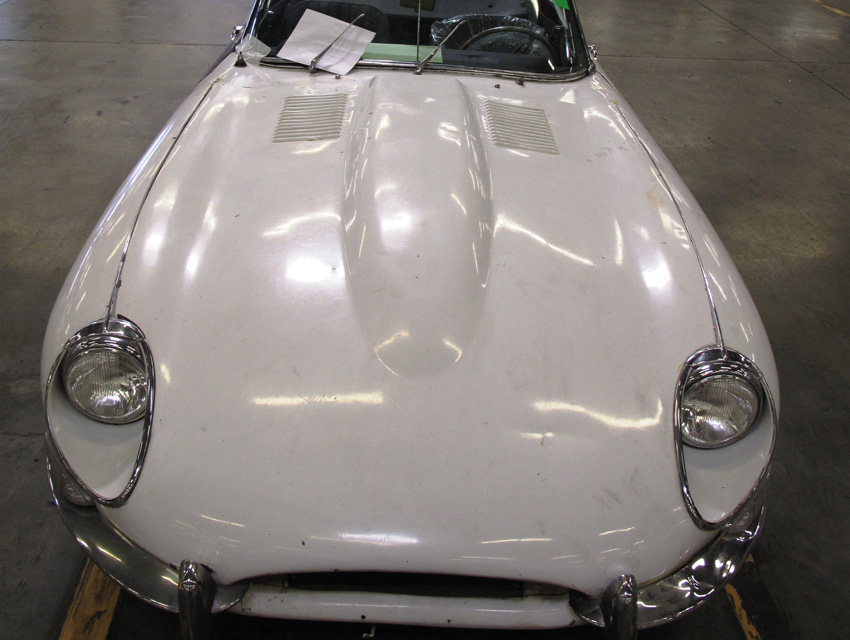 Imagine being reunited with your most loved car, nearly half a century after it was stolen under your nose. That just happened to an 82-year-old after U.S. Customs and Border Protection recovered five stolen vehicles at the L.A./Long Beach seaport.

The car was one of five discovered in a container on its way to Holland. The octogenarian’s 1967 Jaguar XKE convertible was the oldest of the bunch, stolen from the man’s New York home only a year after being purchased brand new for $5,000. Bullet grey in 1968, the Jag is now white and listed in “fair condition,” with a market value of $23,600 (not bad interest, if you consider it that way).

“This is just a miracle, a miracle,” the unnamed owner, now living in Florida, said in a statement. “I was 36 years old then and now I’m 82. It was my first good car and favorite… I used to get up at four or five in the morning on either Saturday or Sunday and drive it 90 to 100 (mph) on the highway in New York… I’m gonna restore it. And if anyone asks, I’ll tell them I’m very proud of my government.”

The second oldest car retrieved was a blue 1969 Chevrolet Corvette, then a light brown 1976 Mercedes 280, a 2007 white Mercedes E350, and a brand new red Chevy Camaro ZL1. Customs was aided by a National Insurance Crime Bureau Special Agent and a California Highway Patrol-Investigative Services Unit Investigator, assigned to the Foreign Export and Recovery team at the seaport. Thanks guys.

CityDig: How Los Angeles Annexed the Port on a Shoestring