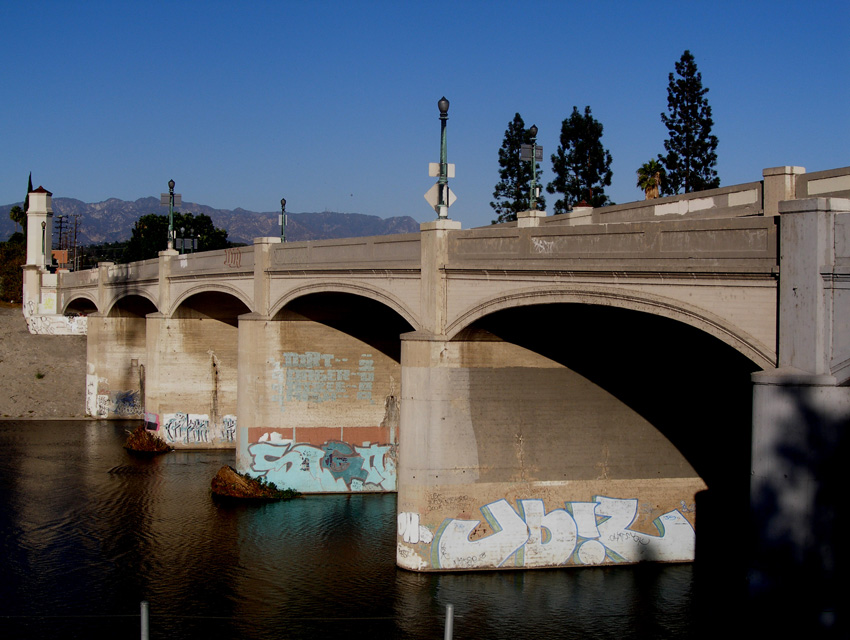 A $50 million retrofit and makeover of the 80 year old-plus Glendale-Hyperion Bridge connecting Silver Lake and Atwater Village is doing the opposite of connecting people. Pedestrian advocates are fuming that the City Council unanimously advanced plans for a new bridge that includes only one sidewalk.

To accommodate the requested pedestrian amenities, the new bridge would have to lose a lane of traffic. That’s not an option for the Atwater Village Neighborhood Council or the Los Feliz Improvement Association, who claim three lanes instead of four will back up traffic and hurt local businesses.

But members of the Silver Lake Neighborhood Council and incoming area councilman David Ryu say it’s more important to accommodate those on foot, as well as the disabled and children, who they feel will be inconvenienced — and possibly put in harm’s way — with the loss of a sidewalk on the bridge’s east side.

City officials said they studied traffic patterns at the current bridge and counted 106 people walking across the bridge over a 12-hour span; most folks crossed on the west side. Los Feliz resident Sean Meredith told the L.A. Times the relatively-lowly numbers represent the fact that the bridge currently feels unsafe and discourages anything other than driving. Making it even less ped-friendly is not the answer, Meredith says.

Councilman Mitch O’Farrell wasn’t persuaded, saying the new bridge will offer bike lanes on both sides, a new pedestrian span is being built nearby, and changing the Glendale-Hyperion design now could endanger federal funding.

The Pandemic Is Making L.A.’s Recycling Problem Much, Much Worse

Why Are Some of L.A.’s Curbs So Damn High?