Home Uncategorized Is Traffic Actually Improving on the 405? 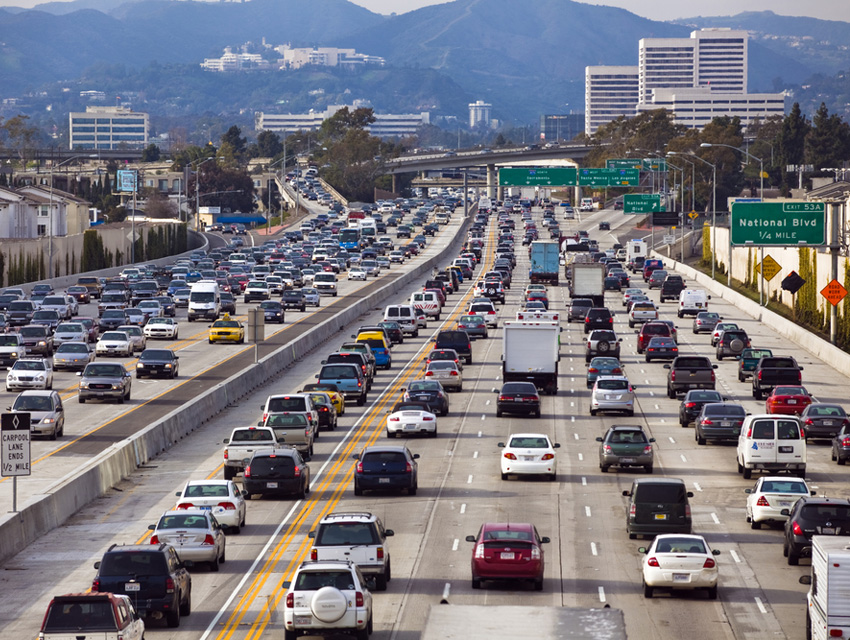 So, first there was a study that suggested the $1 billion effort to add a northbound carpool lane to the 405, from the 10 to the 101, accomplished nothing in terms of traffic reduction, and may have made things worse. Now comes another study, commissioned by Metro (which helped build the project) that says some good came from the five-year endeavor.

While acknowledging that travel times during rush hour are now slightly higher, the study from Systems Metrics Group blamed them on bottlenecks up north, near the 118 (Metro hopes to adjust on-ramp meters to help with that issue). The rest of the results displayed good news, though.

Maybe most notably was a reduction in accidents, possibly due to the realignment of 27 on- and off-ramps, the widening of 13 underpasses and structures, and standardization of freeway lane and shoulder widths. Compared to 2009, there are 25 percent fewer Freeway Service Patrol assists and 35 percent fewer “incidents” on the freeway. There was a 15 percent drop in accidents since the project wrapped.

The freeway can now handle more cars during rush hour, from 10,000 vehicles per hour to 11,700. Transit has increased too, with a 35 percent rise in bus riders from the Valley to Westwood.

Metro is also trumpeting the fact that their project may have sliced two hours from rush hour—it now runs from 3 p.m. to 8 p.m., where as it used to last from 2 p.m. to 9 p.m. Surface streets around the 405—think Santa Monica Boulevard, Sawtelle Boulevard, etc.—have also gotten a reprieve in traffic, though that may be because they were so jammed during construction.