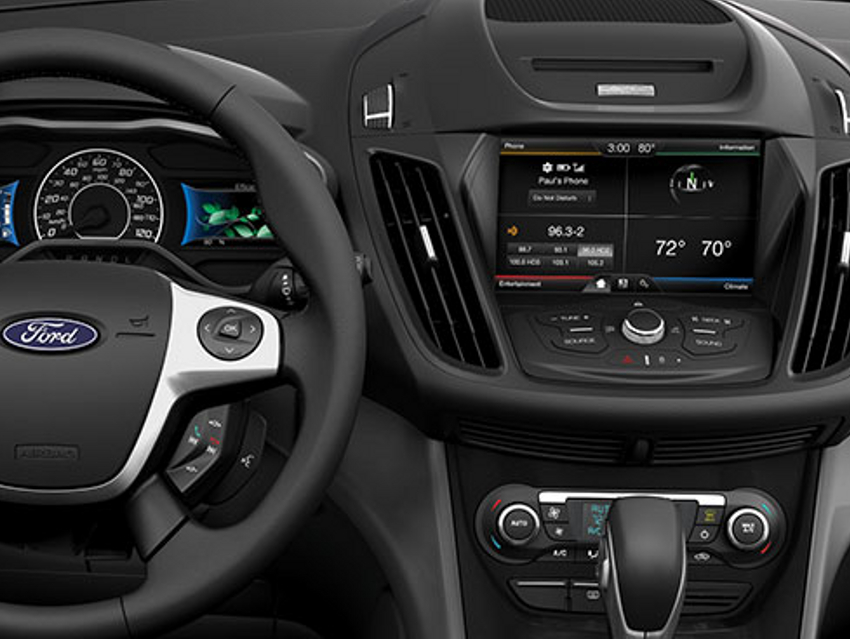 Ford recently announced that its in-dash control panel is getting a complete makeover, She’s All That-style. The company recognized that drivers have been unsatisfied with the current system, MyFord Touch, which housed the car’s temperature settings, BlueTooth connection, and music library. According to J.D. Power ratings, MyFord Touch has sported a below average rating since its debut in 2007, with customers complaining about the system’s glitch-y tendencies.

Engineers at Ford studied over 22,000 comments about the old system when designing the new center console, which is called Sync 3 and will be built into all 2016 Ford and Lincoln models. To address the most common complaints, Sync 3’s menus, tasks, and buttons are significantly simpler than its predecessor’s. There are less options on the touch screen, but for those who appreciate the classics, cars will also be equipped with knobs and buttons for temperature and music control.

Sync 3 is a better listener than MyFord—the new system has voice recognition and a better ear for normal speaking. For instance, when providing an address for navigation, Sync 3 will be able to understand shorthand phrases like “double oh,” instead of insisting you say “zero, zero.”

These advancements may be a result of trickle down technology from fancy shmancy companies like Tesla (where cars are so futuristic they respond to pet names). Not everyone can afford a $100K automobile, but at least we will be able to check our Facebook feeds safely while driving.

In case Ford is looking to outshine other companies with their console, we have a few suggestions for some apps the L.A. Driver could use. Perhaps in the future, Sync 4 or 5 or 10 could include the following:
– A camera to take #drivingselfies and post them to Instagram without distraction
– Connection to a satellite that finds vacant parking spots
– A mini Easy Bake Oven for quick, homemade gluten free cookie snacks
– Voice recognition that senses when a driver’s temper is rising during rush hour, and a built-in therapist to calm said driver with compliments like, “you totally had the right of way,” and “so what if that jerk cut you off, you have beautiful hair!” And when that doesn’t work: dolphin sounds