Home Uncategorized Hollywood’s Most Transformative Project, a Park Above the 101, Moves Forward 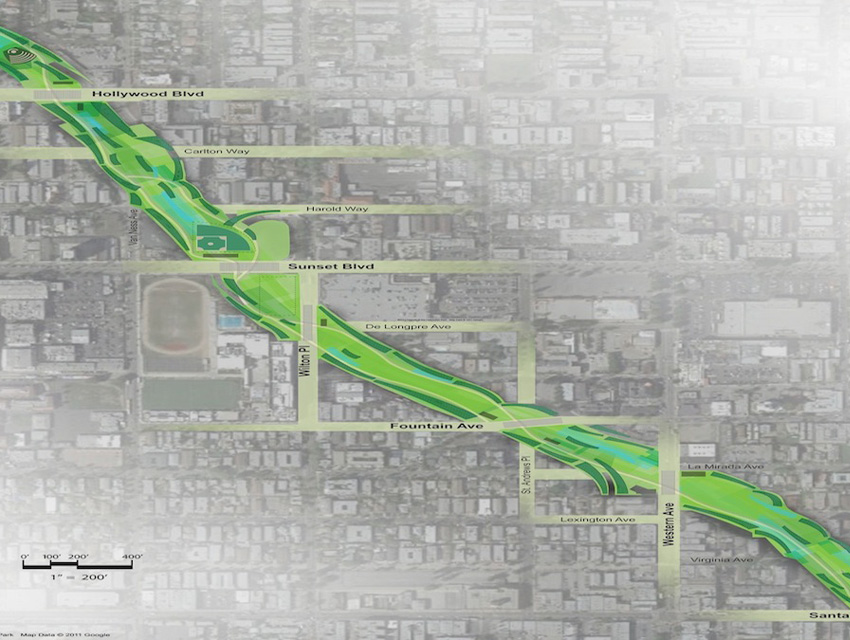 Like building a subway line to the Westside, capping a freeway in Los Angeles  and placing a park on top has been discussed for years but always felt like a hazy, quixotic dream. Like the subway though, that fantasy is starting to come into real focus.

An environmental impact report—partially funded by Aileen Getty—for the proposed Hollywood Central Park over the 101 is just about complete. The EIR will be presented for public comment in just a few months, reports NBC Los Angeles. From there, the race is on to come up with the $1 billion needed to build the one-mile long green space, though there’s opportunities for federal infusions and more private donors like Getty. A groundbreaking could happen in two years.

Hollywood Central Park would be a boon for East Hollywood, a working-class neighborhood just beginning to see a bit of the gentrification wave that overtook large swaths of central Hollywood. The one-mile green space would stretch from Santa Monica Boulevard to Bronson Avenue in the north, with athletic fields, restaurants, a community center, parking garage, and even a bed-and-breakfast.

For drivers on the 101, the freeway would be a ventilated tunnel instead of a buried ditch. It’s not clear how the cap would be built while the freeway is still operating—we assume it won’t be shut down—but that will likely be fleshed out in the EIR.

While the Hollywood park is the most advanced such project, there are preliminary plans for additional caps in downtown, Glendale, and Santa Monica.