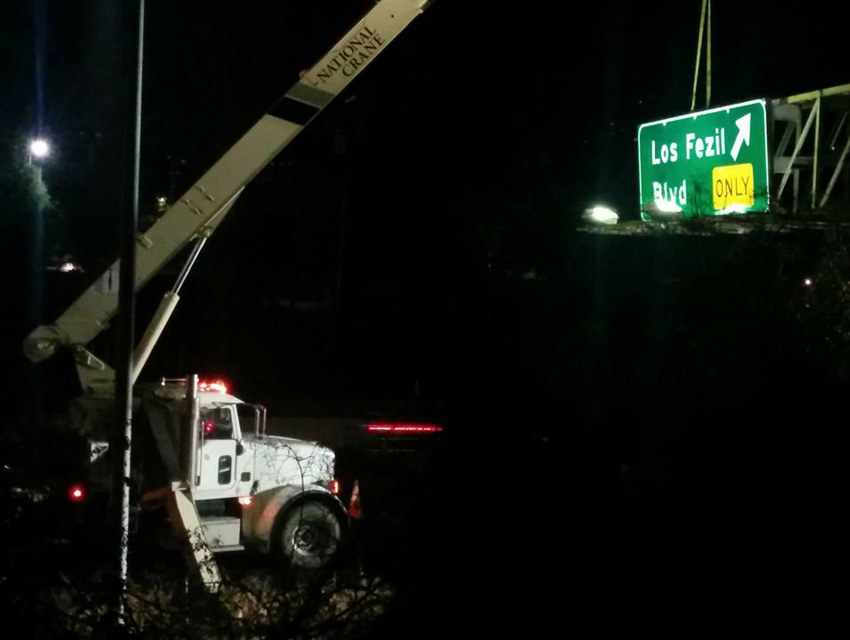 D’oh! Caltrans put up a sign on the 5 freeway with a glaring typo: Los Fezil Blvd.

The state transportation agency’s error—and its correction of it—was caught by an eagle-eyed motorist, who pointed it out to Reddit… and the rest is history. The Reddit user told LAist: “My husband said that he asked the guys about it, and apparently there’s a two stage process for approving these signs, and it got past both of them. But they noticed right away, and were out there with the reflective tape fixing it.”

The sign also led to numerous ironic online discussions about the correct way to pronounce “Los Feliz” and “Los Fezil.” For the former, it’s Spanish, so “Los Feh-leez.” The latter is anyone’s guess.

Ever Noticed Those Mysterious Metal Circles Embedded in the Streets of L.A.?