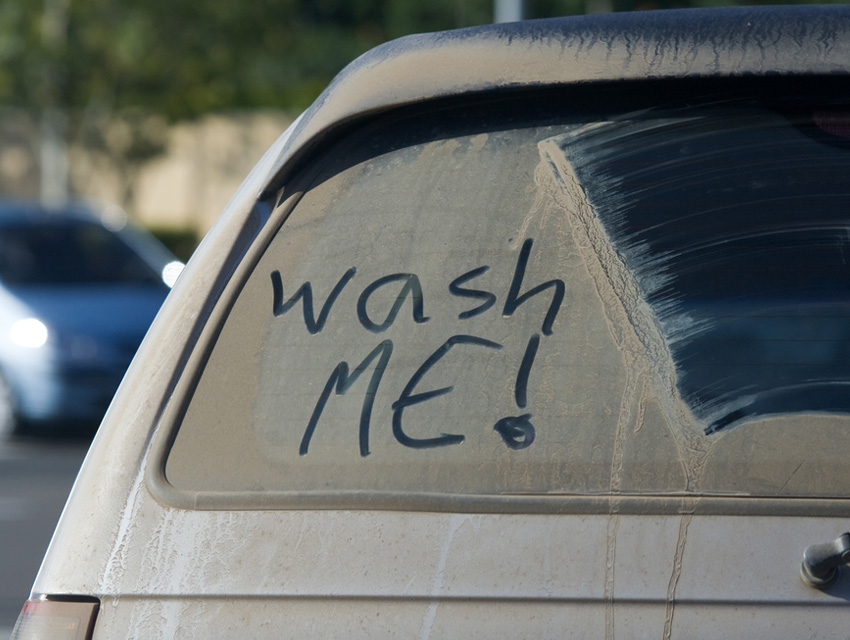 The L.A. Times recently reported that, despite recent rainfall, that the last three years have been the worst drought that California has seen in 1,200 years (though even The Gray Lady commended Los Angeles’s recent water ways). While we are all for breaking records, we would rather have 2012-14 be ranked as “most corgi puppies adopted,” or “best burrito sales.” But we’ll reluctantly face reality and try to make a difference by conserving water.

Consider taking the #dirtycarpledge. Organized by the environmental group Los Angeles Waterkeeping, the Dirty Car Pledge movement encourages Californians to refrain from washing their cars for 60 days. After signing up for the pledge on their website, the company will send you a free sticker, so you can put it on your car as an explanation for why it is covered in two months-worth of dirt. (Unfortunately, this sticker does not prevent pre-teens, or anyone from any age group for that matter, from writing “wash me” on your back windshield. The technology just isn’t available yet.)

According to L.A. Waterkeeping, the average commercial car wash uses 56 gallons of water per customer, while an at-home scrub-a-dub uses around 85. If we’re doing the math correctly, that means that abstaining from, let’s say weekly, car washes for 60 days would result in saving up to 680 gallons of H2O.

The City of Santa Monica volunteered over 300 official vehicles—including their Big Blue Bus line—for the pledge in November, and The City of Burbank volunteered 350 vehicles. One-third of California’s car washes are in L.A. County, so we have the potential to preserve a whole lot of water.

If you are nervous to drive around in a dusty BMW, check out the hashtag #dirtycarpledge on instagram and twitter for photos of solidarity.