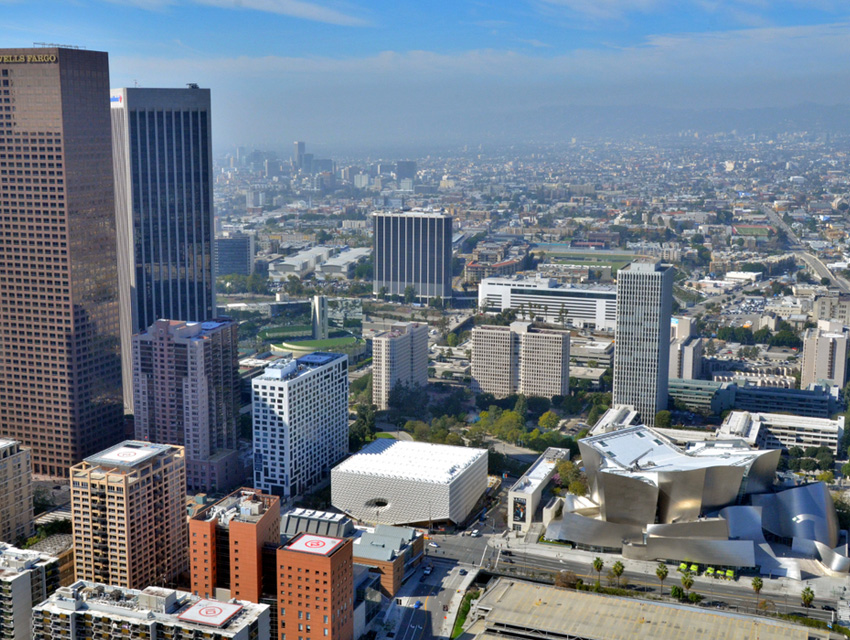 We’re less than two weeks away from The Broad museum opening its long-awaited (read: long-delayed) doors on Grand Avenue. The $140 million modern art mecca is the latest feather in Grand Avenue’s cap, following on the heels of other artistic institutions like MOCA and Walt Disney Concert Hall that philanthropist Eli Broad helped bring to life with his money and influence.

Broad infamously once said he wanted Grand Avenue to recall a famous Parisian street, but in a new New York Times profile, he backs away from that sentiment.

“At one point I misspoke and said that Grand Avenue was going to be the Champs-Élysées of Los Angeles, which may have been an exaggeration,” Broad told the Gray Lady. “We want more people here, more pedestrian traffic and more activities.”

The Broad, with its free admission, will no doubt breathe life into Grand Avenue but will it really turn it into something like DTLA’s Seventh or Spring streets, places that teem with urban activity and excitement? It certainly won’t be easy.

As the Times points out, Grand Avenue is wide and foreboding, lacking much in the way of street-level restaurants or retail; there’s also not enough trees to deflect the powerful L.A. sun. Broad, at least, widened the sidewalks near his museum by six feet and paid for a new crosswalk and stoplight. The museum also included a small park between itself and a newish 19-story mixed-use apartment tower.

The park, more like a plaza, comes with some beautiful old olive trees and the apartment tower has a ground-level restaurant, Vespaio. But the Broad’s new restaurant, Otium, will sit behind the plaza and be hidden from Grand Avenue—not great for invigorating street life.

There is hope that Grand can come alive even when the Broad is closed. A Regional Connector Metro station will open behind the museum in five years, meaning train riders from Santa Monica, Long Beach, East L.A., and Azusa can get to Grand with zero transfers. And even the long-gestating Grand Avenue Plan may finally come to fruition, at least in the form of a mixed-use project directly in front of the concert hall, adding new residents, office workers, restaurant patrons, and hotel guests. That Grand parcel’s current occupant: a parking garage.