Home Technology Google Lets You Take Pac-Man Through the Streets of L.A. 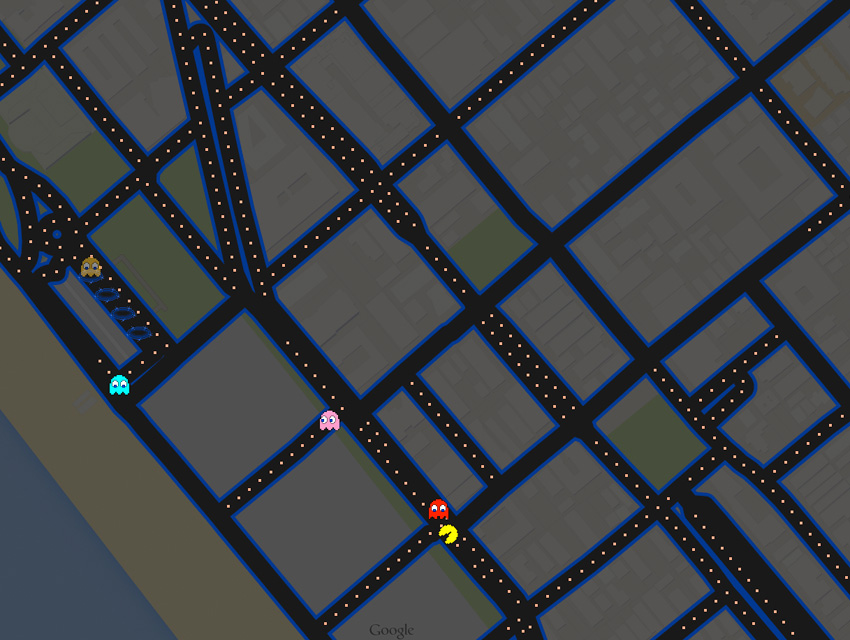 Navigating the streets of Los Angeles often feels like a game—with traps (closed streets), tricks (wrong info on Waze), and sometimes rewards (a moving 405!) available. Let’s be honest though, it’s rarely fun. That was until Google got involved.

The tech powerhouse created a new Pac-Man version of their Google Map service, where you can take the little guy around the streets of Los Angeles (or anywhere). Just click on the box on the left—you can’t miss it—and pound those pellets while running away from those ghosts.

The player experience was a little wonky; Pac-Man only moved about 50 percent of the times we directed him. Nonetheless, it was a hoot watching him careen through the streets of Santa Monica (we got trapped in Windward Circle for a bit). TheWrap believes Chrome may be the best browser to play in, though that’s debatable.

This might be an April Fool’s promotion (even though that’s tomorrow), so play while you can.