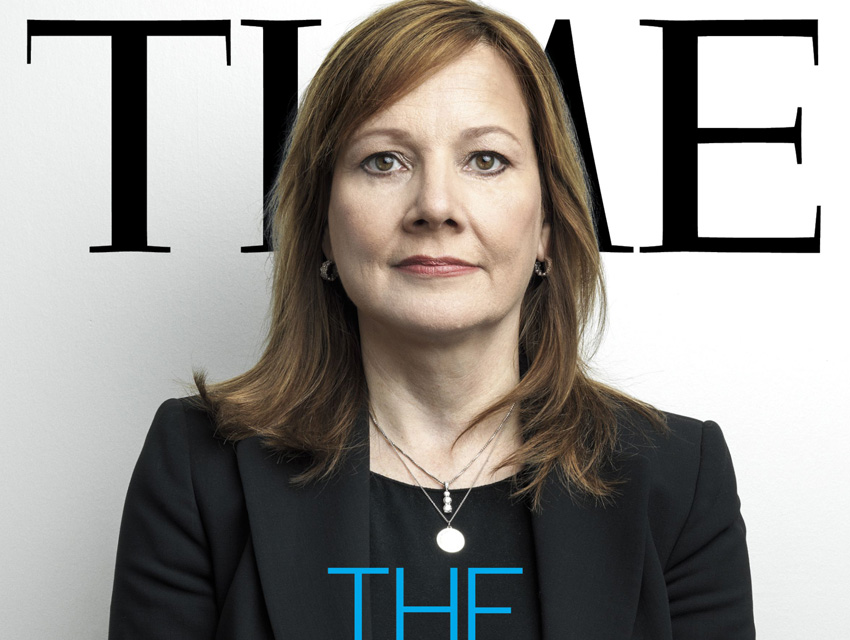 The head of Detroit’s largest automaker just graced the cover of TIME and was the main subject of a recent New York Times piece; both generally-positive portrayals of Barra’s leadership. GM is happy to have the conversation on their youthful, homegrown executive—she started working at GM at age 18—instead of the ignition-switch recall controversy that been roiling since January, the month Barra assumed her new position.

Barra admitted at a recent investor meeting that stepping into the landmines of the ignition-switch issue, which has claimed nearly two dozen lives and spurred numerous lawsuits, was not how she envisioned her first year. “This leadership team has been in place for nine months,” Ms. Barra said at the meeting. “It clearly has not been the nine months we planned for.” Barra quickly put a positive spin on things and emphasized the changes she’s overseeing at GM, including introducing new models in North America, turning profits in Europe, and making big investments in China.

GM allowed TIME unfettered access to their leader, where she emphasized her changes to corporate culture and management. The company also had Barra head to New York and accept a social responsibility award from the Appeal of Conscience Foundation, a partnership of corporate and spiritual leaders. This is all evidence that the non-flashy Barra is committed to putting herself out there and helping repair GM’s image, according to the Times.

While the recall controversy is one of the worst in the company’s century-plus-history, Barra does have good news to tout. It appears GM’s efforts in Europe paid off, with profits promised for next year, while the North American numbers also look good. In contrast, GM rival Ford is reporting a less rosy financial outlook. Of course, all that doesn’t make the recalls go away, but Barra is inspiring confidence by taking control of the message, less than a year into a very turbulent tenure.