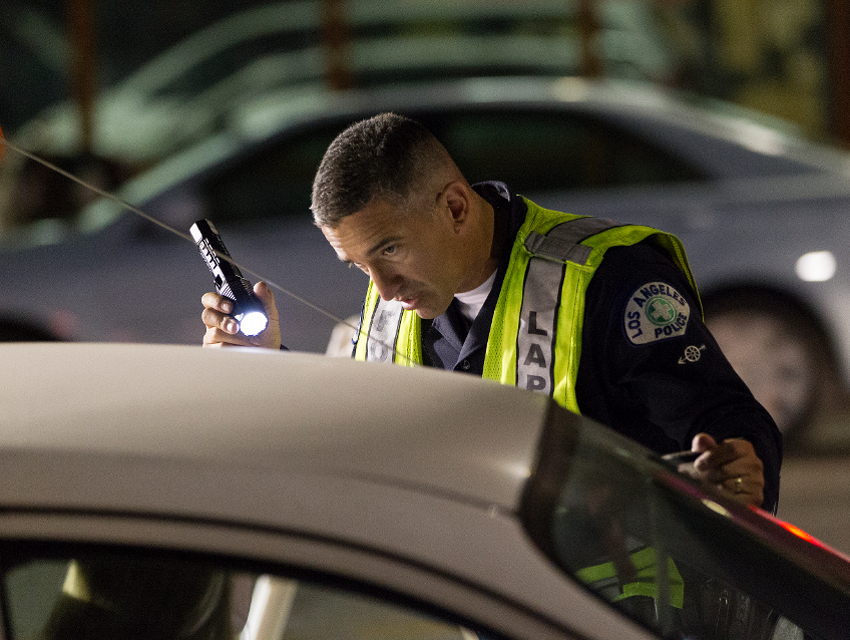 Independence Day is a boozy holiday and the LAPD knows it. They’ve already set up DUI checkpoints throughout the city and continue through early Monday morning. Here’s where the police will be set up, according to LA Weekly (the cops release the info themselves to deter drunk driving, apparently):

Friday from 7 p.m. to midnight at Central Avenue and 81st Street in South L.A.

Friday from 8 p.m. to 1 a.m. at Sepulveda Boulevard and Rayen Street in North Hills.

Friday from 8 p.m. to 1 a.m. at Florence Avenue and Broadway in South L.A.

Friday from 8 p.m. to 1 a.m. at Washington Boulevard and Yale Avenue in Venice.

Sunday from noon to 8 p.m. a “saturation patrol” takes over the 77th Street Division in South L.A., with extra police patrols

Sunday from 5 p.m. to 1 a.m. another saturation patrol happens in the LAPD’s Southwest Division, which covers from USC to Baldwin Hills

Sunday from 6 p.m. to 2 a.m. a final saturation patrol will be in effect in the Central Bureau area, covering DTLA, MacArthur Park, Echo Park, and Boyle Heights

As the Weekly points out, AAA’s Tipsy Tow service is in effect this weekend. If you’re inebriated and have a car that needs to go home with you, call 1-800-400-4AAA and ask for a “Tipsy Tow”; they’ll tow your car up to seven miles for free. Or skip the car and hit up Metro or a ride-share service, instead.