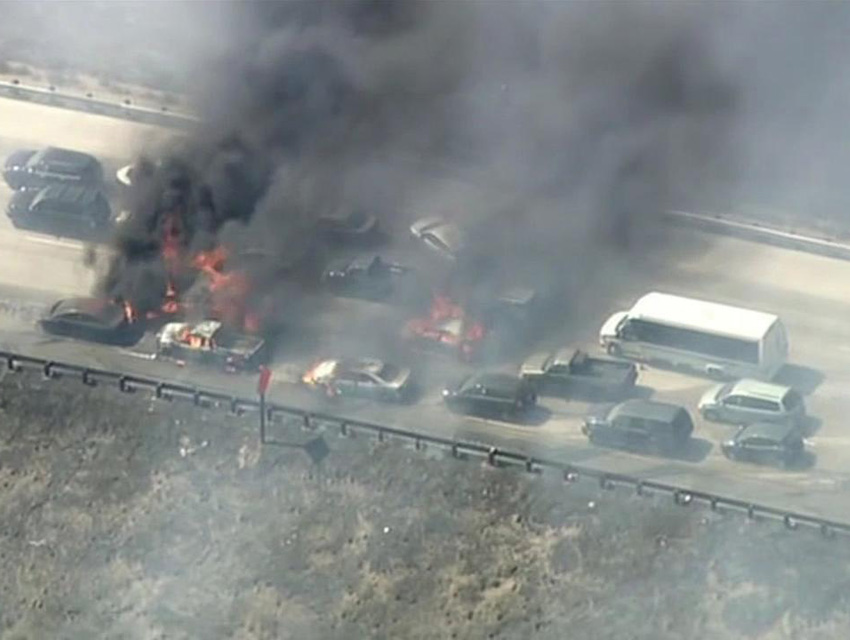 The California Highway Patrol is trying to quell an uproar from drivers forced to flee Friday’s Cajon Pass fire and leave their cars on the 15 freeway; many were later hit with exorbitant towing fees, some as high as $1,600.

The Los Angeles Times recounts the tale of Laura Caro, who followed CHP orders to abandon her SUV and flee, “pushing her (80-year-old) mom in a wheelchair through a smoky maze of stopped cars and frightened people.”  When Caro later retrieved her Ford Escape (ironic) from Hesperia’s Gonzalez Tow, she was handed a $1,600 invoice.

Others reported similar treatment from the company, contracted by CHP, with fees over $1,000. People like Caro and Mariela Munoz (who paid $1,095 after pleading down a $1,621 bill) took to the media to decry the price gouging. The CHP got involved and is worked to obtain refunds for the drivers, who all complied with the law by abandoning their vehicles and running to safety in the hills of San Bernardino County.

After talking with CHP officials, Gonzalez Tow decided to donate their services as a “community service.”

“It’s something we chose to do,” manager Richard Monroy told the Times. “We didn’t have to.”