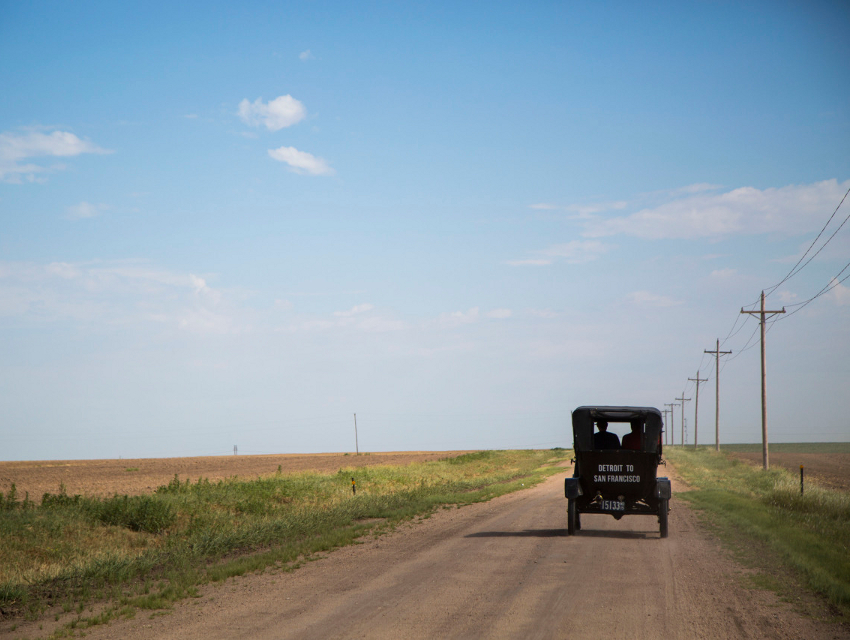 Recreating a century-old journey, two brothers are currently driving a recently-restored 1915 Ford Model T from Detroit to San Francisco, with a stop in L.A. planned for next month.

Brothers Frank and Randy Book are currently in the midwest after departing the Henry Ford estate earlier this month. The Book brothers are tracing a journey their grandfather and great-uncle took with Edsel Ford (son of Henry) and a a few other pals exactly a century ago. The young men drove a small gaggle of cars, including a Model T, though not the one the Book brothers are driving, to the San Francisco international expo of 1915. The friends were promoting the cars, but also the joy of seeing America’s vast expanses by auto.

“It was the birth of the American road trip,” Mark Gessler, president of the Historic Vehicle Association, which organized the trip, told the Detroit Free-Press. “1915 was a watershed for auto travel in the United States. Europe was at war, the Lincoln Highway had just opened and the government encouraged people to see America first.”

The 3,500 mile, 1915 journey largely followed the National Old Trails Highway, a precursor to Route 66. The Books are mostly following their forefathers’ route, hitting places like Indianapolis, Dodge City, and Las Vegas. At a top speed of 35 mph, the Books won’t reach L.A.until August 7 or 8 and San Francisco until August 18.

The men are documenting their incredible journey through photos and stories. Check it out on the HVA site.