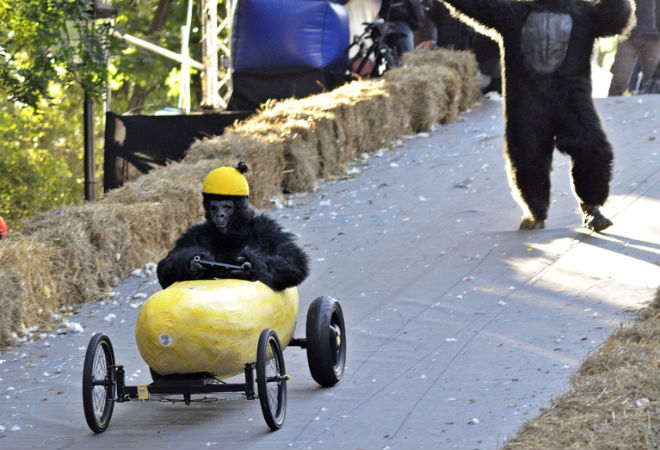 Every city in the good ol’ U.S. of A. has its own set of traffic laws, and some of them are oddly specific. For instance, did you know that it is illegal to pour margarita on the streets of Hermosa Beach? (The verdict is still out on pouring piña coladas.)

We took a look at some of the country’s most bizarre traffic laws and found these five highlights:

Look Ma—No Eyes!
In Alabama, driving blindfolded is forbidden by law. Driving with really dirty sunglasses is fine, though not recommended.

$%#@$!!
The city of Rockville, Maryland declared that swearing from a vehicle is considered a misdemeanor. This law would get many Angelenos in serious trouble on the 405.

Monkey See, Monkey Don’t
If you’re looking to transport zoo animals cross-country, do your best to avoid Massachusetts, where driving with a gorilla in your backseat is punishable by law. We’re double-checking if it’s okay to let the gorilla sit shotgun.

Beer Crossing
The small city of Scituate, Rhode Island, beer is not permitted in a moving vehicle, even if it’s unopened. This means that every beer run in Scituate is literally a beer run … on foot.