Home Uncategorized It Rained Ferraris in Beverly Hills This Weekend 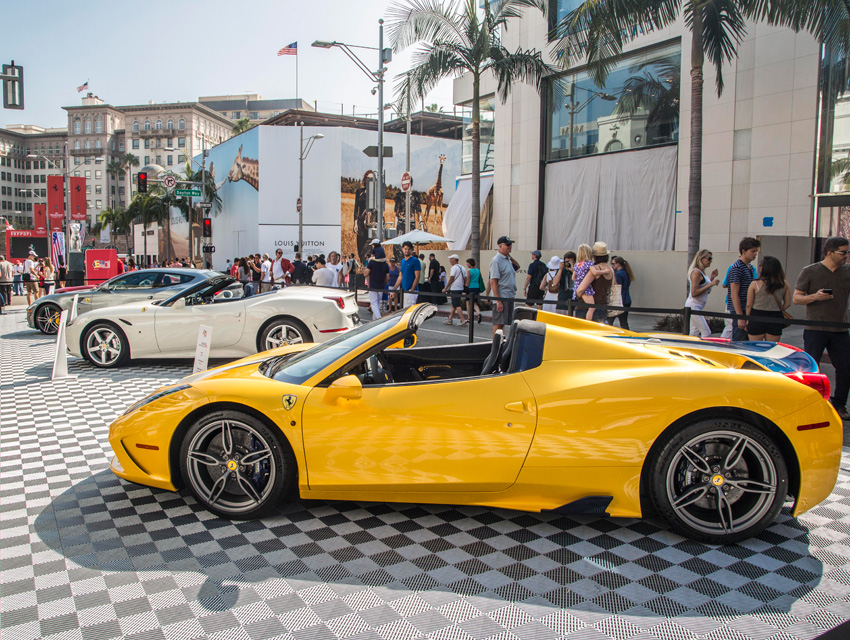 It’s very appropriate that Ferrari would choose Rodeo Drive to throw a huge party celebrating their 60th anniversary in the United States, since you’re more likely to find one of their cars on this gilded street than any other in the world.

The fete, officially called “Race Through the Decades 1954-2014,” included a virtual tour of the Ferrari Museum in Italy, an arrival parade led by Ferrari chairman Luca di Montezemolo, and over 1,000 Ferraris spread on the street. The automaker showcased some of their most famous models like the Ferrari 305 and the Testarossa, featured prominently on Magnum P.I. and Miami Vice, respectively; also on hand was Steve McQueen’s 1967 275 GTB/4, which recently sold for over $10 million. Ferrari also seized the opportunity to show off the brand-new Special A model, of which under 500 were made.

Check out the scene below:

Ferrari Trotting Out Some Beauties for Upcoming Monterey Car Week