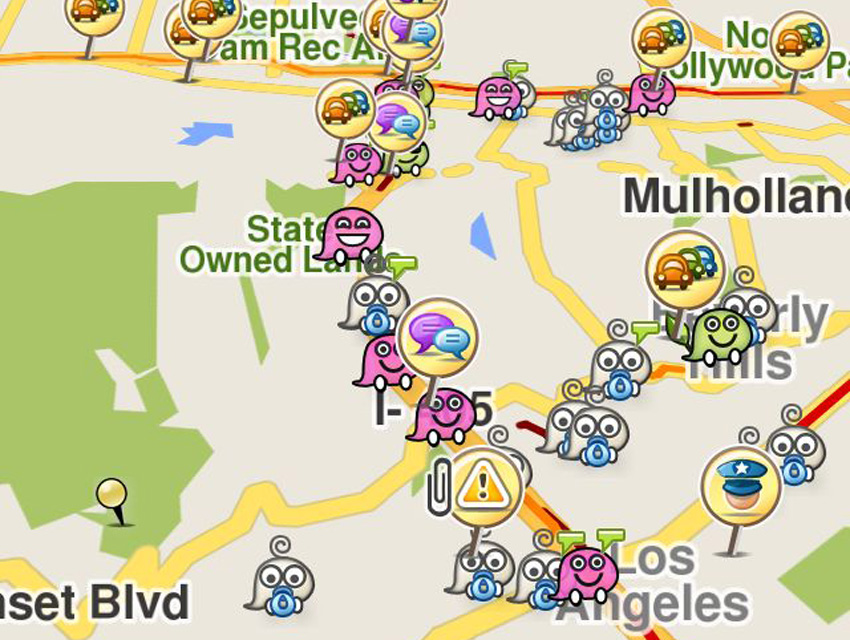 We now know that traffic is threatening our physical well-being, but we’re getting close to confirming it’s turning Angelenos into lying, crazed, rage-monsters. Exhibit A: the new trend of Waze manipulation.

Homeowners residing in once-quiet streets near the 405 have been inundated with traffic lately, pretty much ever since Waze took off. The smartphone app is a real-time, user-sourced traffic report, advising drivers on the quickest routes by taking traffic into account. The app alerts users of accidents and police/fire/ambulance activity—incidents initially reported by drivers previously on the scene—and asks for confirmation of said congestion-makers (Google bought Waze last year and incorporates its technology into their own map applications). Waze users, warned of stand-stills on the 405 and Sepulveda are taking shortcuts through residential ‘hoods to make their way over the Pass. This has made locals furious and some, allegedly, are taking drastic action, KPCC reports.

While no one would go on record for the story, numerous locals said they know of people who report fake crashes to throw drivers off their scent and lead them away from their neighborhoods. “I don’t know if you could find anyone who would admit to doing it, but several people have said they will,” Brentwood resident Joann Killeen told KPCC.

Waze spokeswoman Julie Mossler scoffed at the assertion that Waze can be “outsmarted.” Not only will the accurate reports outnumber the made-up ones, “people are inherently good,” she said. Hmm, convince us of that during the next rush-hour.