Home Transportation There’s Reason to Think You Could Take a Fancy Train to Vegas... 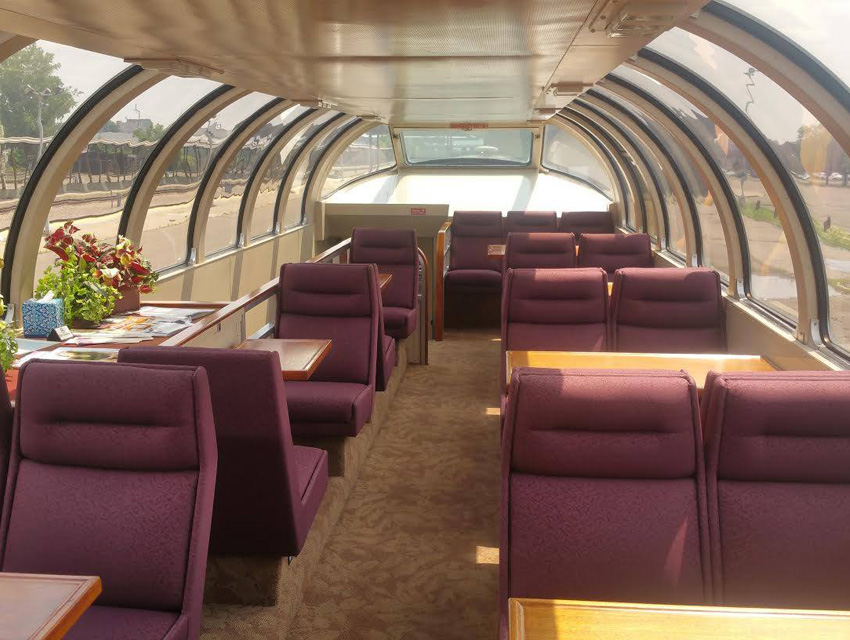 How many times have you been stuck on traffic on the 15 and stared longingly at the train tracks that parallel much of the freeway? Amtrak passenger service between L.A. and Vegas was discontinued in the late 1990s, meaning the only way between the two destinations is flying or driving, the latter being a four hour trip if you’re extremely lucky.

Train service may finally be returning, though not from Union Station to the Strip, and not regularly. A service called XTrain, which has been planning to revive a route for at least five years, announced on Facebook that tickets go on sale in September for a New Year’s Eve journey between the Fullerton Transportation Center in the OC and Downtown Las Vegas, specifically a station built into the Plaza Hotel & Casino.

After the NYE trip, the service will supposedly run like a private charter for special occasions. No word on how long the trip will take, but coach tickets start at $99, according to XTrain. “[The trains] will have about 500 seats, of which 350 will be coach style and 150 will be First Class and VIP Class,” a post from Sunday declared, adding that retro-style Hiawatha Milwaukee Road locomotives will be used. Food and drinks will also be offered, with upscale cuisine for the higher classes.

XTrain didn’t issue a press release about the news and their Facebook posts are littered with typos, both of which make us a bit suspicious, especially since XTrain has made similar declarations about train service in the past. We’ll cross our fingers, because riding in style to Vegas is something long overdue.