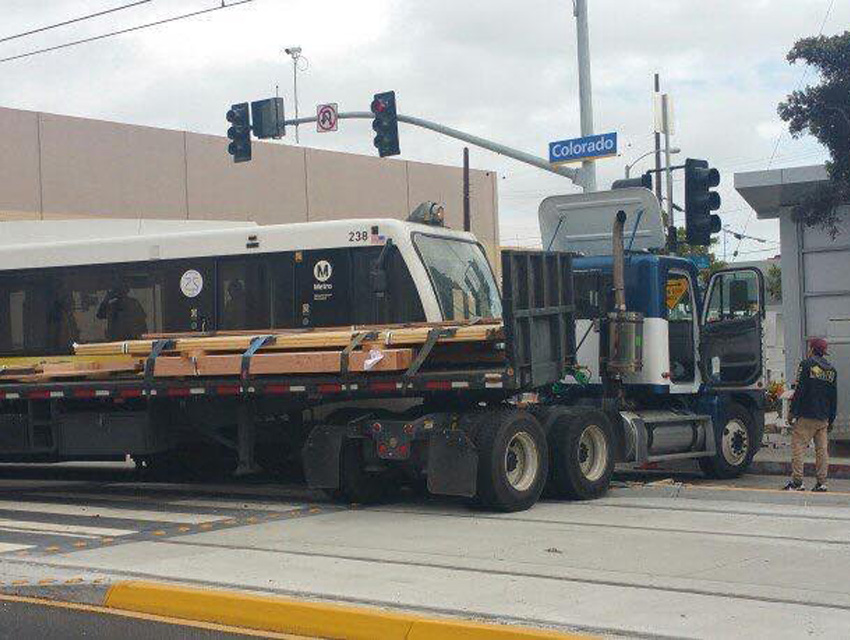 In the middle of amped-up testing for the Expo Line extension, a flatbed semi crashed into a light rail train in Santa Monica.

The truck driver was injured, CBSLosAngeles reports; there were no riders in the train since it’s still in the testing phase. Early reports from the scene indicate the truck was traveling westbound on Colorado Avenue and made an illegal left turn onto Seventh Street before colliding with the train and pushing its front wheels off the tracks early in the afternoon. The accident was cleared before rush-hour.

The Expo Line Construction Authority, which is building the 6.6-mile light rail extension from Culver City to Santa Monica, reported recently that they are about to hand over the project to Metro, which will then run a final round of tests before the extention opens to the public late April or early May. That final phase means Metro will be running trains at the same frequency as regular service, so Westside drivers, pedestrians, and cyclists need to take heed.

Another train extension, the Gold Line deep into the San Gabriel Valley, opens March 5—though Metro hasn’t stated anything official.