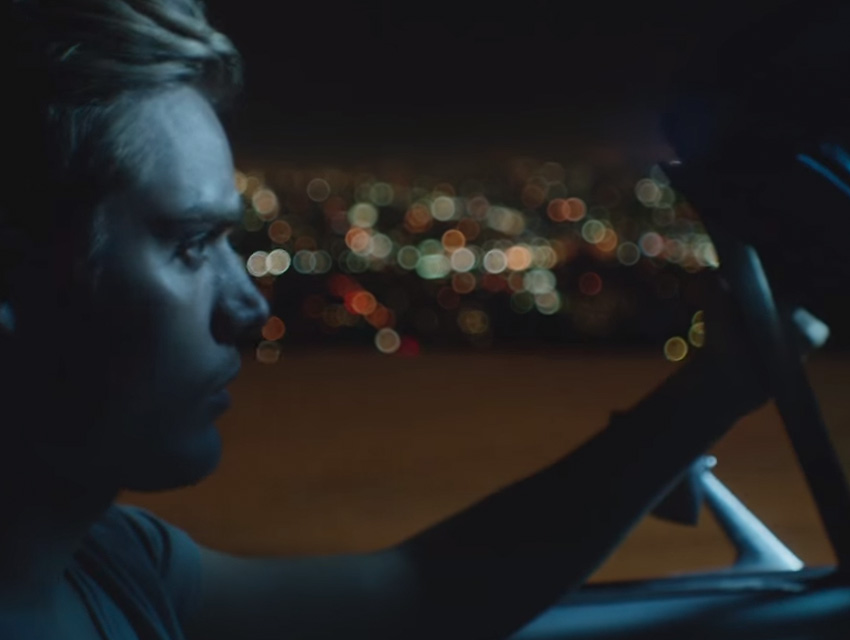 Taylor Swift may divide the country — is she pop perfection or the epitome of vapidity?— but an argument can be made that her latest single is the best driving song of the year.

“Style,” the third single off 1989 and allegedly inspired by One Direction’s Harry Styles, has a pounding—some might say “driving”—beat that can’t be denied.

This writer experienced it firsthand while cruising on the 10 this weekend towards Palm Springs. Screaming along to the singsongy lyrics (“You got that James Dean, daydream look in your eye and I got that red lip, classic thing that you like…”), I found myself going 85 miles an hour. If I got pulled over, I would have sent my ticket straight to that record label of hers in Nashville.

The song’s auto allure is also in the lyrics: “Come and pick me up, no headlights… Long drive… So it goes, he can’t keep his wild eyes on the road.”

The video looks like a perfume commercial (no complaints) and, fittingly, doesn’t miss the chance to feature a beautiful Mustang speeding down a freeway (it’s not the first time Taylor highlighted a gorgeous car in one of her videos).

Though the current number one song in the nation, “Uptown Funk!” by Mark Ronson and Bruno Mars, is no slouch when it comes to road trip music, we got to give it to Taylor for the best driving song of the moment. Let’s be honest though, driving in L.A. has the most similarities to a different hit song: Sam Smith’s “Lay Me Down.”