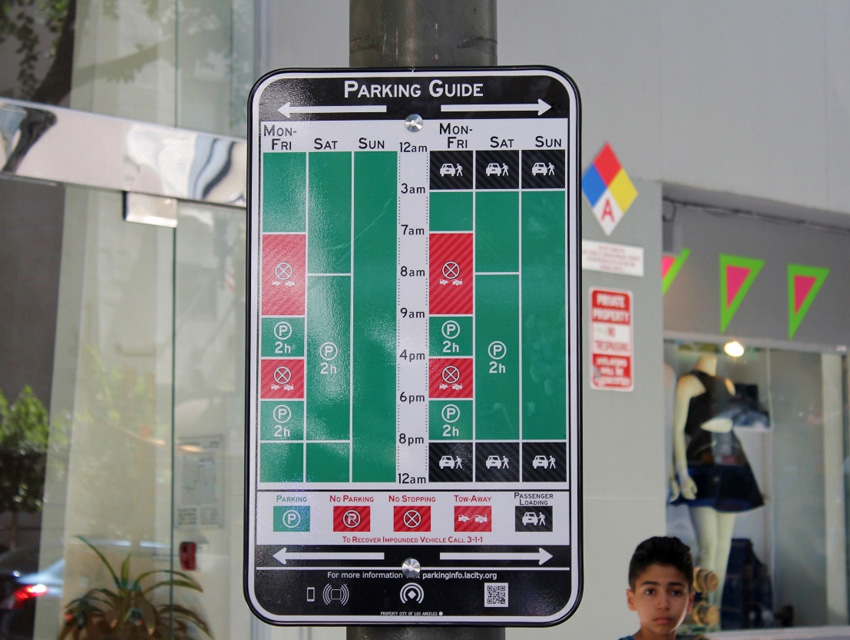 The new signs use a grid system rather than a bunch of confusing numbers stacked on top of each other (extreme example: here). Just find the day and the time and you should be able to figure out whether or not you need to feed the meter—no-parking times are listed in red chunks, and parking-permitted times are in green—or hightail it to a parking lot.

So begins a six-month test run, with 100 signs going up on seven blocks of Spring and Main streets at the cost of $6,500.

The mayor told NBC4 that he hopes the signs simplify the rules and actually reduce the amount of parking tickets handed out by the city.

“That’s not something you usually hear out of a mayor, and people are convinced we want tickets for our revenue. That is not what tickets are for,” Garcetti said. “We should get people in and out of shops. We should allow people to find a good place to park.”