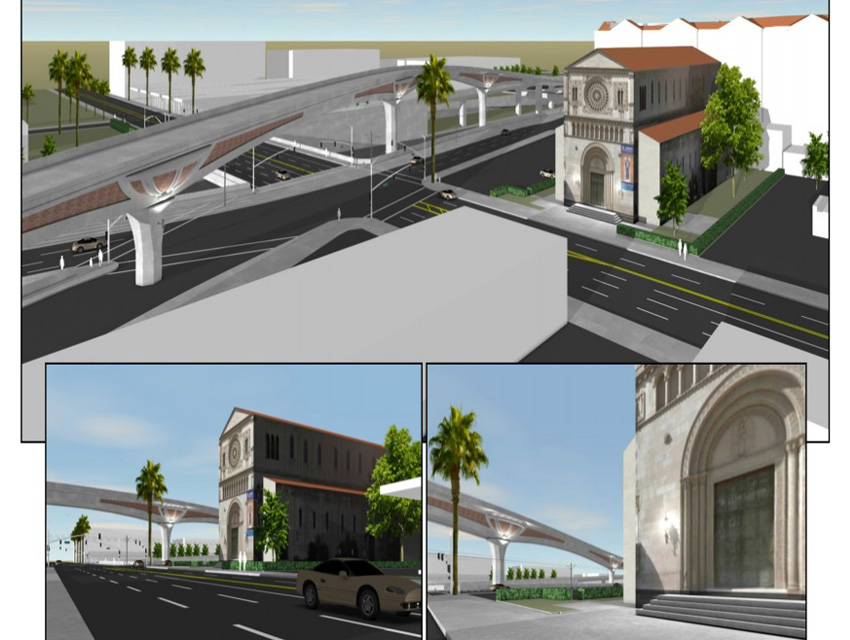 The area south of Downtown proper, the neighborhood sandwiched between the 10 freeway and USC, is in transition. The newish Expo Line stations and some development proposals could bring in new residents and foot traffic; meanwhile a $20 million plan called MyFigueroa aims to reposition Figueroa Avenue—which runs right through the district—as a biking and transit wonderland, with new bus shelters and cycle lanes.

The California Department of Transportation though, has plans for a new flyover off-ramp to accommodate their successful HOV toll lanes, and some are saying the two proposals conflict.  Caltrans wants to add the new off-ramp near Los Angeles Trade Technical College, which is serviced by a Metro station. It would allow those in the 110 toll lanes another option to exit; currently drivers can only exit at Adams Boulevard near Flower Street. The new ramp would allow cars to get off at Figueroua Street, south of 23rd Street, two blocks north of the current exit.

Caltrans is trying to accommodate the many folks utilizing the toll lanes, which allow solo drivers to use carpool lanes for a fluctuating price (depending on traffic). Sounds good on the surface, but the off-ramp would add another cement ribbon to an area cluttered with freeways, roads, bridges, cars, and trains. There’s also the 92-year-old St. John’s Cathedral, which would be visually impacted by the on-ramp. The L.A. Conservancy is not too pleased and had this to say about it, according to Streetsblog: “Rather this is a structure that will have profound visual impacts and serve as a physical barrier, disrupting important viewsheds and breaking up parts of the neighborhood.”

While Caltrans thinks the new off-ramp will not deter from the effort to make Figueroa more pedestrian- and bike-friendly, other disagree. No final decision has been made, but Caltrans—more often than not—gets their way.