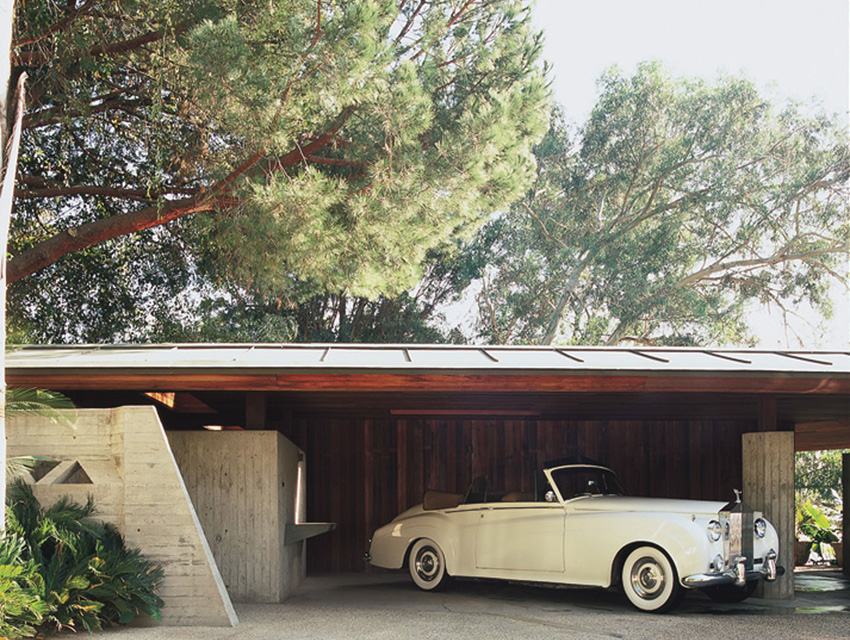 The Los Angeles County Museum of Art scored a major coup this week with the donation of the stunning 1963 Sheats-Goldstein house, designed by legendary modernist John Lautner. As noted, the house’s owner, billionaire real estate investor James Goldstein, also bequeathed his 1961 Rolls-Royce convertible to the museum.

The ivory Silver Cloud Drophead Coupe is a rare beauty, even if Goldstein declares he’s no gearhead. The car was purchased by Goldstein in 1971, a year before the businessman bought the Lautner masterpiece; it’s remained Goldstein’s only car since then. “It’s the only thing I want to drive,” Goldstein told auto journalist Brett Berk.

Berk described the Rolls as a long, low, curvy throwback to the pre-World War II Phantom III, with traces of modern Rolls-Royces, like the Corniche. A similar Silver Cloud to Goldstein’s sold at auction for $220,000 a few years back, according to Sotheby’s.

In its announcement on the Goldstein gifts, LACMA said this would be the start of new “immersive art experiences” and the beginning of an architecture collection for the museum. LACMA will likely host events and tours to highlight the work of Lautner and other local visionaries.

What the museum will do with the car is a little less clear. Leave it in the stunning Lautner garage for visitors to gawk at? Hang it upside down like they once hoped to do with a Jeff Koons-designed model train? Donate it to their neighbor across Wilshire, the Petersen Automotive Museum? Stay tuned.