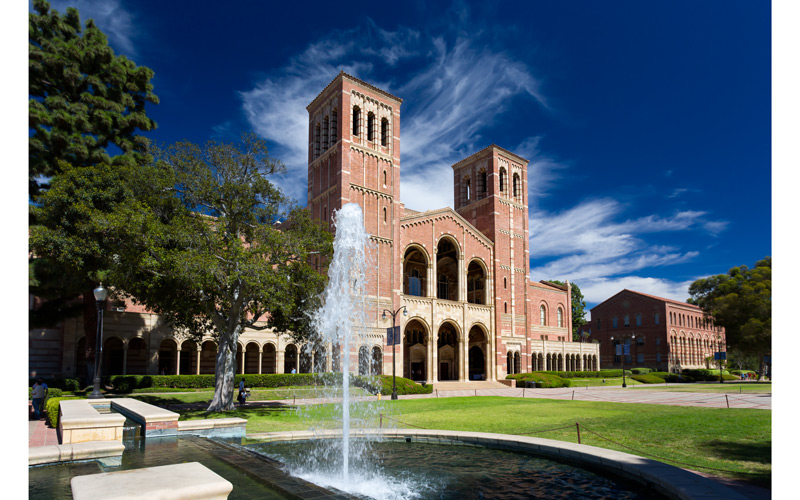 In just 27 years Metro has managed to bring rail service to or near major L.A.-area destinations like the Santa Monica Pier, Hollywood, USC, Universal Studios, and, of course, Downtown. If all goes as planned, subway and light rail service will reach LACMA, the under-construction Academy Awards museum, Rodeo Drive, Westwood, The Broad, the Walt Disney Concert Hall, and LAX in about six years or less.

That’s some impressive progress, but with L.A. so chock-full of museums, concert venues, and sports stadiums, there remains a long list of desirable spots still not connected to the rail network. These are the destinations that still deserve a subway or light rail station, and the chances that they’ll ever get one based on a scale of 0-10 (0 being forget about it).

Located on top of a hill in Echo Park, Dodger Stadium is notoriously difficult to reach. There’s been talk of everything from a gondola line to a funicular (ok, we floated the latter idea) for the baseball stadium—but it’s mostly just talk. With little density surrounding the stadium and the fact that it’s only utilized at specific times, the chances of a riding a train to Chavez Ravine are practically nil. Station odds: 2/10

When planning the Red Line subway, a station at the iconic concert venue was floated. Considering the insane traffic during any show, this now seems like a glaring oversight. While it’s possible Metro could add an in-fill Bowl station under the Red Line, it’s so low on the list of priorities—and so complicated to build on an already-operating subway—that a water slide off the Pier seems more realistic. For now, walk from the Hollywood/Highland station—it’s really not that far. Station odds: 2/10

Its rock n’ roll heyday may be in the past, but West Hollywood’s Strip remains a desirable place for hotels and nightlife, and a big draw for tourists. While Santa Monica Boulevard may one day see an extension of the Crenshaw Line, a Sunset rail line has never been seriously discussed or studied. Still, if Metro manages to get another transportation tax approved by voters, don’t be surprised if a Sunset line is on the table. Station odds: 4/10

Thankfully, Inglewood will be serviced by the Crenshaw Line in only two years. The bad news is that the train will miss the renovated music and sports venue by about a mile and a half. There has already been preliminary discussion of re-routing an extension of the Green Line toward Hollywood Park, so it’s feasible that one day you could ride to the Forum. Feasible doesn’t mean likely, though. Station odds: 4/10

None other than Mayor Garcetti advocated for a monorail over the 405. As we wrote previously, that’s not likely to come to fruition. That underground tunnel under the Sepulveda Pass could, though. If Metro decides tunneling under the 405 is possible, there’s no reason to think they couldn’t punch out a station for the Getty, which greets nearly 2 million visitors a year. Station odds: 5/10

Yeah, it’s a tourist trap, but it’s our tourist trap—and the old school Farmers Market is still a treasure. On top of that, this ersatz Americana mall draws more tourists than any other attraction in California. So can we ever take a train there (that isn’t a trolley that moves 5 miles per hour)? Quite possibly. The under-construction Crenshaw Line will one day stretch north to Hollywood, though we don’t know which route it will take to get there. Should it go up Fairfax—instead of La Brea, La Cienega, or San Vicente—a station at Third Street would definitely make the cut. Station odds: 6/10

Wait, the Purple Line will extend to Westwood in six or seven years, right? Sure, but the intersection of Wilshire and Westwood boulevards—where the station will be—isn’t exactly UCLA. The campus is several blocks from the subway; at least a 15-20 minute walk. But a station right in the center of the university isn’t inconceivable; a rail line over the Sepulveda Pass is in the early planning stages, with many clamoring for a UCLA stop before the train meets up with the Wilshire/Westwood Purple Line station. Station odds: 7 /10

RELATED: I Rode the Entire Metro in One Day. This Is What I Learned.