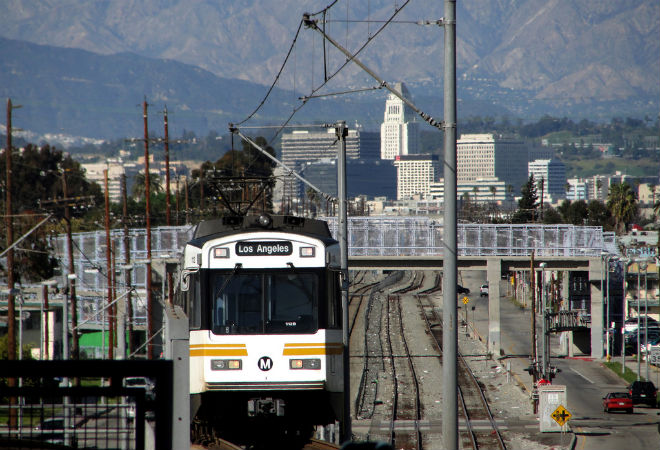 The L.A. of the early 20th-century was a city that lived with both cars and trains rumbling down its busy streets. By the early ‘60s, most of the train tracks were torn out and drivers got used to ruling the road. With not only freight lines, but now light-rail lines running across L.A. streets, the pendulum is swinging back, but the jury is out on how effectively we, the L.A. Drivers, are adapting to this latest change.

Since the city’s first modern passenger rail service—the Blue Line, which travels between Downtown L.A. and Downtown Long Beach—opened in 1990, it’s earned a reputation as one of the nation’s deadliest transit lines. Like the 11-year-old Pasadena-to-East L.A. Gold Line, the Blue Line mostly travels at surface-level, crossing several major streets on its way between the two downtowns. But it’s the older line that’s seen nearly 120 people die in its 24 years of operation.

Suicides account for 31 of those deaths, with people standing or running in front of trains. But the majority of collisions still involve cars crossing tracks in the path of an oncoming train—something that happens with regular frequency not only on the Blue Line, but also the two-year-old Expo Line, which shares track with the Blue Line in downtown before heading west to Culver City (the other transit lines run exclusively underground or on elevated tracks). Some drivers try to outrun a train and pay the ultimate price. Other drivers are distracted or simply unaccustomed to sharing space with 150 ton trains.

Responding to the accidents, Metro added four-quadrant gates at the most dangerous intersections. They’re almost impossible to miss, but some drivers continue to drive around them and find themselves stuck on the track. While the train system already includes bells, warning horns, and regular gates at many intersections, a massive $1.2 billion overhaul of the Blue Line—occurring now—includes even more barriers to keep cars from getting in the trains’ way, though Metro officials say there’s a limit to what they can do to alert careless or clueless drivers. Metro, dealing with more and more drivers texting on cell phones, initiated a campaign last year telling everyone to “Stop, look, and listen.”

Maybe the best thing to keep drivers aware of the presence of trains is the arrival of more of them: in less than two years, two rail extensions will bring surface-level trains to West L.A., Santa Monica, and the east San Gabriel Valley.