Home Uncategorized Cops, Cars, and the People Who Love Them 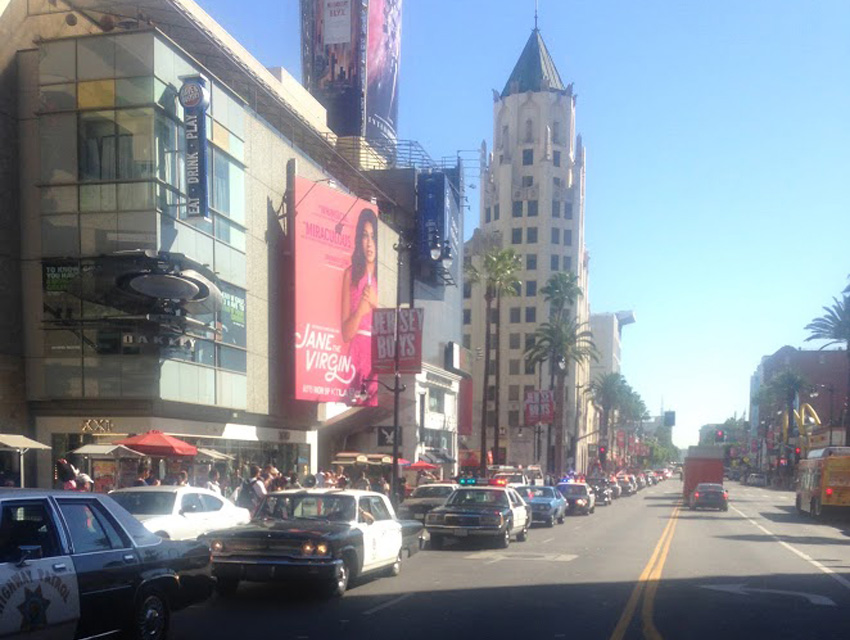 We may be enamored with the LAPD’s striking new squad cars, but there’s no shortage of love for the way the police used to roll. This was evident at the 10-4 Day Parade last week, featuring a cavalcade of vintage police cars.

Vehicles from the LAPD, the Los Angeles County Sheriffs’ Department, and the California Highway Patrol cruised Hollywood Boulevard, featuring cars from the earliest days of motorized transport up to the clunky cruisers from the 1970s. The cars traveled west from the LAFD Fire Museum to the sidewalk star for Broderick Crawford, star of the much-loved ’50s series Highway Patrol (a cop car classic). Stars of other famous police shows smiled for the crowds, including Larry Wilcox from CHiPs.

Councilman Tom LaBonge hosted the festivities, which above all served as a thank you to the perilous work the CHP and the L.A. County Sheriffs’ Department perform every day. Check out LaBonge and a video of last year’s 10-4 parade below: