Home Uncategorized The Connection Between VH1 and 36 Classic Corvettes 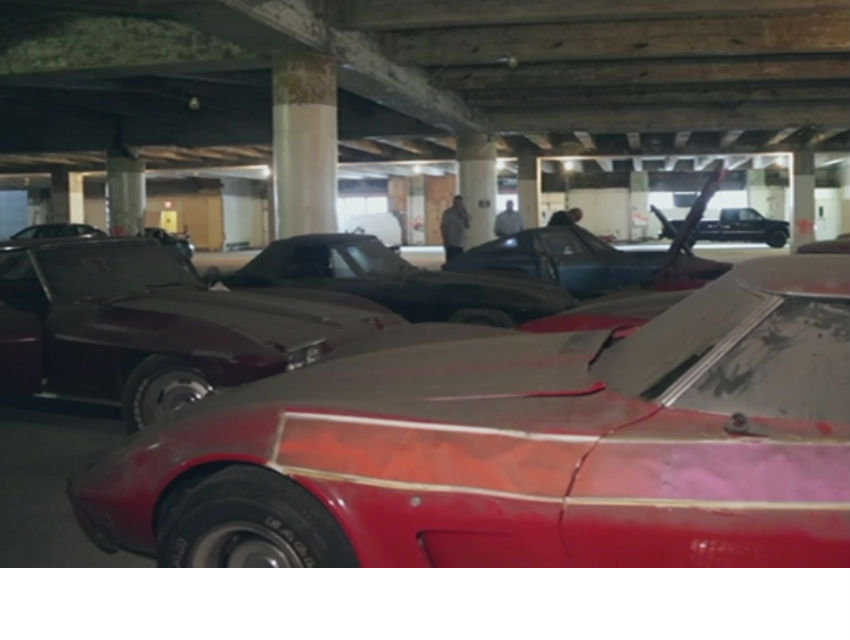 Remember when VH1 aired videos of Anita Baker and Kenny G, and Rosie O’Donnell was a veejay? If you do, you may be old enough to recall a contest Video Hits 1 ran in 1989 where they gave away 36 corvettes to one lucky winner. A quarter-century later the cars are rotting in New York garages, but they are on their way to a second life.

“The most-talked about prize package in television history,” according to the network at the time, was indeed impressive. At the time, TV producer Jim Cahill was tasked with getting publicity for the struggling network, so he spent $610,000 on 36 classic Corvettes (one car from each year ‘Vettes were sold). He then set up a 1-900 number for people to enter the contest, which was an instant hit; the network earned back its investment in less than two weeks. Long Island carpenter Dennis Amodeo won the ‘Vettes after making one phone call to the hotline. He was whisked to the former MGM studios in Culver City to collect his prizes.

From there, Amodeo sold the cars to artist Peter Max, who envisioned doing an art project with them (Amodeo made $250,000 in cash, $250,000 in artwork, and a portion of the proceeds if the cars were sold again). But Max, in no means a car guy, got sidetracked with other projects and let the Corvettes gather dust in different NYC garages. The Corvettes then turned into an urban legend, until the late ‘Aughts when The New York Times tracked down their location. Years later, the Gray Lady has an update: the cars were finally sold at auction and purchased earlier this year by two car-loving families. They hired a consultant to oversee a massive restoration, which is underway now.