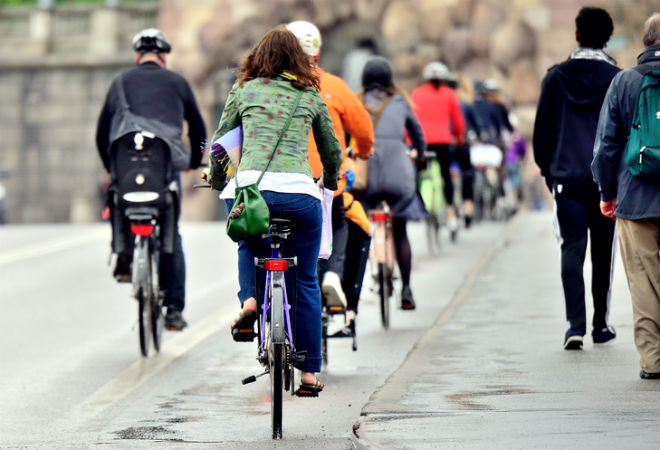 May is National Bike Month, but Paley isn’t looking for an angle to convert frustrated drivers into anxious cyclists.
“I will not tell someone to ride who feels it’s too dangerous. To force that on someone is the wrong approach. We need to keep making the streets safer and part of that’s happening with the striping of [bike] lanes and separated bicycle tracks.” We need to get rid of the “us vs. them” mentality common among commuters. “Everybody needs to put themselves in each other’s shoes; the cyclist needs to look at the world from the driver’s perspective, the driver needs to look at the world from a pedestrian’s perspective. We’re all in this together.” Paley can barely contain his excitement over the 40 miles of new bike lanes the city is installing this year. “We’re in a transitional phase in commuting. L.A. is making a major commitment to bike infrastructure… there’s going to be a major cultural shift. More is going to happen in the next five years than did in the last 25.”