Home Outdoors The City’s Most Colorful Parklet Is Now Open 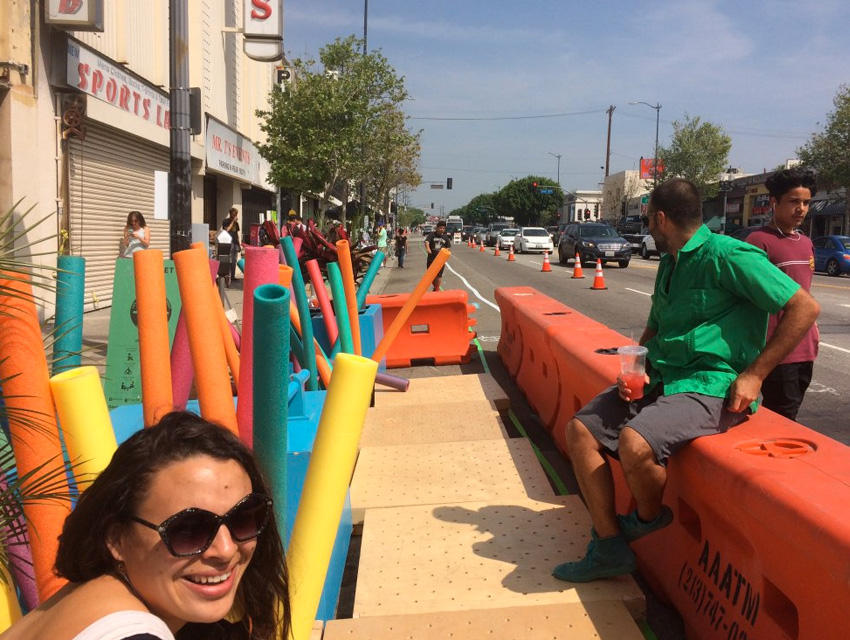 The People St program has helped communities from Palms to Pacoima replace unused or underutilized roads and parking spaces with parklets (mini-parks), plazas, and bike corrals. Highland Park was already the recipient of a parklet—a simple but effective space to sit and sip on York Boulevard—and has now received its second micro-sized public space.

This parklet occupies former street parking on opposite sides of a depressed stretch of Figueroa Street. As you can see from the pics, courtesy of People St’s Twitter, the spaces are very colorful, with one side decorated with colorful floaties. Bright orange dividers separate folks from car traffic, while a colorful mural adds life to the street and brands the area with the memorable name of “Fig Jam.”

While the success of the parklets and plazas have varied (Silver Lake’s helped foster more community; NoHo’s not so much), they’re almost always an improvement on what was there before. That being said, York Boulevard’s plaza looks much more inviting and aesthetically-pleasing than Fig’s. It seems that city planners should always live by the “keep it simple” credo whenever they add much-needed public space to L.A.’s overburdened street scene.