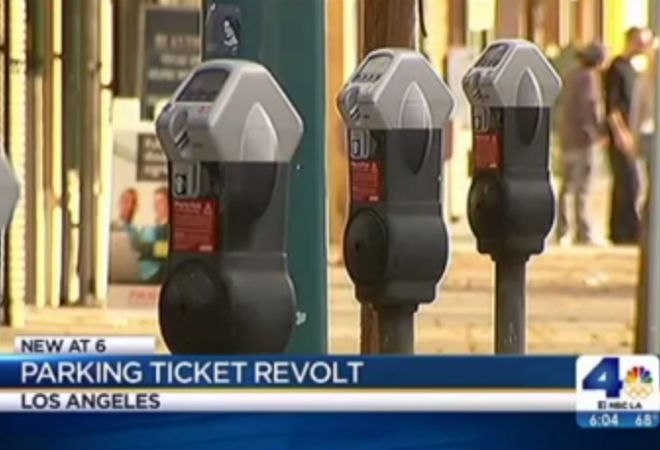 The Los Angeles Parking Freedom Initiative (remember that group who took to City Hall with torches, pitchforks, and a petition to change ticketing laws?) wants to bring parking citation fees down to $23. Members of the anti-ticket alliance have been meeting with representatives from the mayor’s office in a “Working Group on Parking Reform.” Their magic number—$23—comes from the Bureau of Labor Statistics’ median hourly wage, which means that with their suggested changes, a ticket would cost an average Angeleno an hour’s pay.

Additionally, the Parking Freedom Initiative is requesting that citation fees go into a Special Parking Revenue Fund, where the money will be used for transportation infrastructure only. Currently, ticket fees go to the General Fund, which can be used for anything from trimming trees to paying City Hall employees.

While we probably won’t see any of these policy changes on a ballot until 2015, think about how much less $23 is compared to the $64 tickets we deal with now—the difference is $41! That’s at least five Chipotle burritos, a tank of gas, or, you know, two more parking tickets.