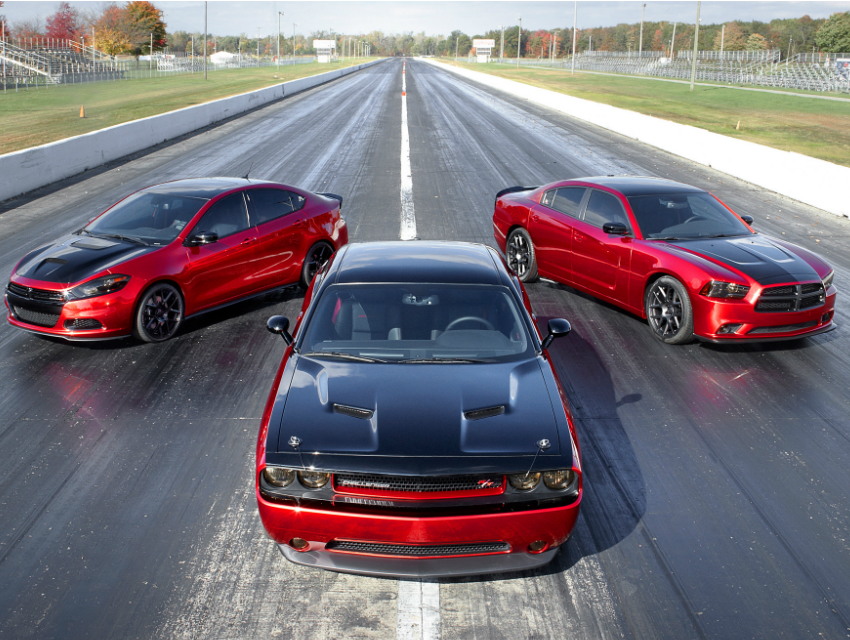 What you are about to read is not a reprint of an Onion article: Chrysler is in a battle royale with a Redondo Beach company over the use of the name “Scat.”

Scat Enterprises is a performance parts company that produces crankshafts for carmakers including Chrysler-owned Dodge. The company claims they own the trademark for the name “Scat Pack” and recently sued Chrysler for infringing on it by calling their new Dodge Challengers “Scat Pack” trims. Chrysler calls the suit “meritless,” though it was a battle they already lost 46 years ago.

Now, Dodge head Tim Kuniskis is all about reviving the Scat name for their Challengers. Even though the U.S. Patent and Trademark Office rejected their application for the name, they proceeded anyway; hence the lawsuit. Chrysler and Dodge remain bullish on Scat, releasing the following statement, as reported by Automotive News:

“Dodge® made Scat Pack™ what it is today. In 1968, Chrysler re-envisioned its Dodge® Charger R/T, Coronet R/T, and Dart GTS vehicles by offering high-performance, redesigned versions under the Scat Pack™ moniker. Marketplace interest was immediate and enthusiastic, making the Dodge® Scat Pack™ hugely successful from 1968 to 1971. The brand has remained legendary in the enthusiast community since then and consumers still associate Scat Pack™ with Chrysler’s vehicles, and no other business or products. Scat Enterprises, an aftermarket supplier of crankshafts, connecting rods, and rotating assemblies marketing under the term “Scat”, has never used the term “Scat Pack”. Scat Enterprises’ lawsuit against Chrysler over Chrysler’s 2014-15 Scat Pack™ vehicles is a meritless and opportunistic attempt to hold Chrysler hostage just days before the upcoming SEMA show. Chrysler will vigorously defend itself against this attack and look to enforce its own rights in this moniker.”