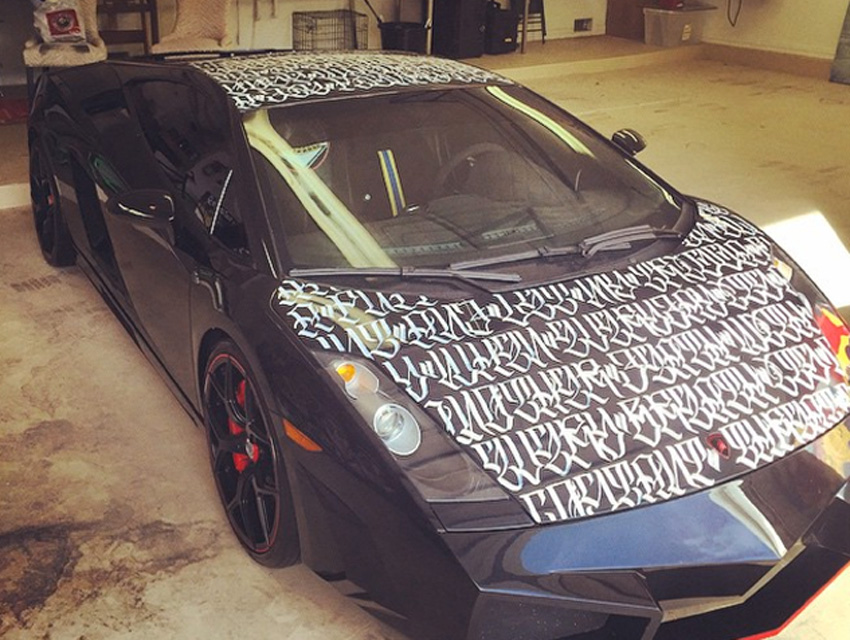 Pop star Chris Brown loves his Lamborghinis. Not only has he rented and owned several Lambos, he likes giving them elaborate paint jobs the way some folks like to color their hair. His latest addition to his car is lyrics to Tupac’s “Lord Knows,” which now cover nearly the entire exterior (check out the possibly-NSFW video below). It doesn’t actually look bad, just a bit cluttered and indecipherable. As TMZ points out, all of Tupac’s expletives were excised from the Lamborghini’s frame, so that’s a plus. The artist behind the work is tattoo extraordinaire Huerto.

While TMZ believes Brown “sucked all the value” out of the $500K car, commenters would disagree. The consensus seems to be that Brown’s latest Lambo is a Gallardo, which retails for under $200K. The Aventador, which Brown once zipped around in, can be bought for as little as $400K, but usually more around the half-million mark with bells and whistles. Now you know, super rich Lamborghini shoppers.