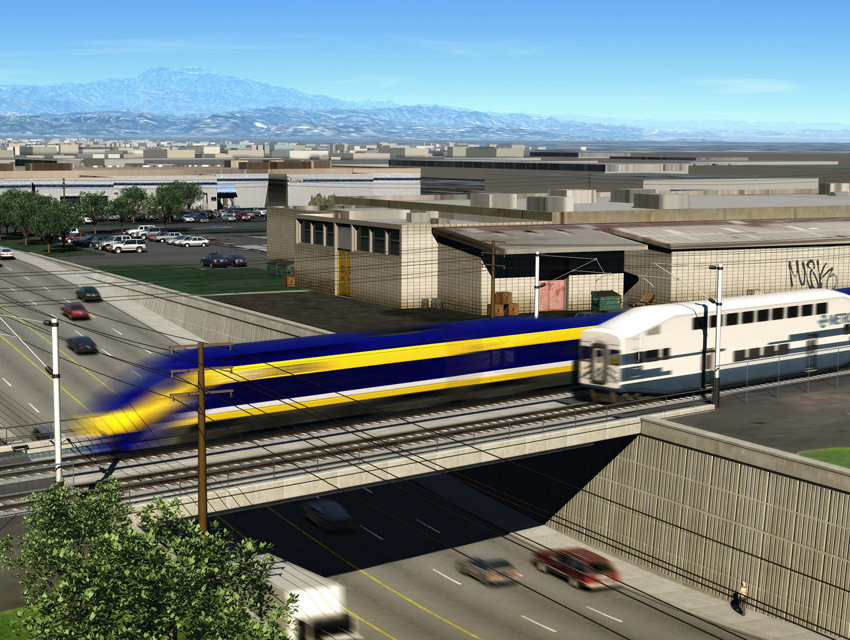 While the California high-speed rail is the most advanced bullet train project in the country, it still has major issues hanging over its path. For one thing, there’s a host of lawsuits (though the high-speed rail authority has been pretty successful at fending them off). For another, it’s expensive.

While cap-and-trade funds are flowing toward the project, California HSR is still tens of billions short of the $68 billion needed to build the 220 mph rail line connecting Union Station to downtown San Francisco. But the Authority received a welcome bit of news recently, when Chinese firms, backed by the Export-Import Bank of China, expressed interest in helping finance and build America’s first bullet train.

A 23-page letter of interest from China Railway International was recently sent to the Authority, reports Reuters. In it, CRI says it could help design, build, and procure supplies and trains, while the Export-Import bank would help finance the effort. The Chinese team wants assurances of public financing and a guarantee of future debt from California—the Chinese could be mollified by the state’s steady stream of cap-and-trade funds. Trains could be running in less than 15 years.

Chinese builders are aggressively looking for opportunities overseas, including Russian projects and a proposal on a Vegas to Victorville, Calif. bullet train.

Against All Odds, the California Bullet Train Barrels Forward