Home Urban Development Check Out the New Expressway to Disney Hall, the Broad 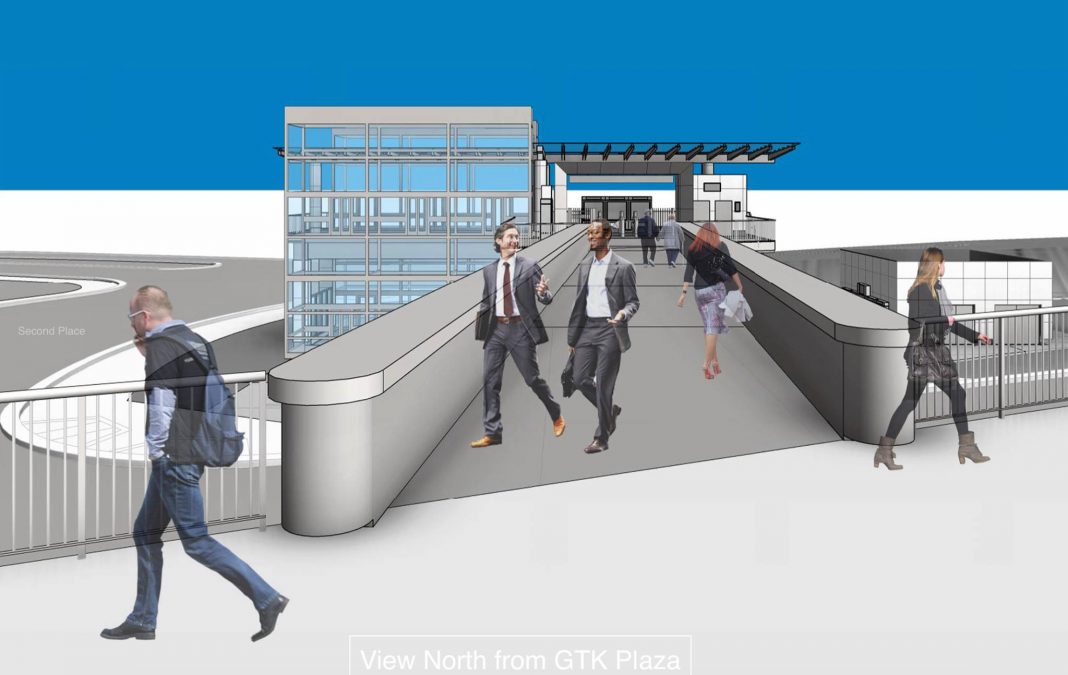 Metro is in the middle of constructing five rail lines, one of which is a new underground light rail line through Downtown. The Regional Connector will connect the Gold, Blue, and Expo lines, eliminating transfers and allowing direct rides from Santa Monica to East L.A., and Long Beach to Azusa.

The approximately-two mile train line will also create three new stations in DTLA—it will replace a currently-operating above-ground station in Little Tokyo with a subway stop, as well as opening a stop in the Civic Center and Bunker Hill. The latter station will be at 2nd and Hope streets, just behind Disney Concert Hall and the soon-to-open Broad Museum.

The odd sloping of Bunker Hill initially meant transit riders would ascend to street level and then have to trudge uphill to reach the front of the concert hall and museum. Thankfully, Metro addressed that problem by planning an elevated walkway that will connect commuters directly to the cultural attractions. Just ride that elevator, walk a half-block, and you’re there! The Broad will be free—save for parking—so getting there by transit equates to very cost-effective day of fun. You’ll just have to wait a few more years to take advantage of this station; the Regional Connector is scheduled to open in 2020.