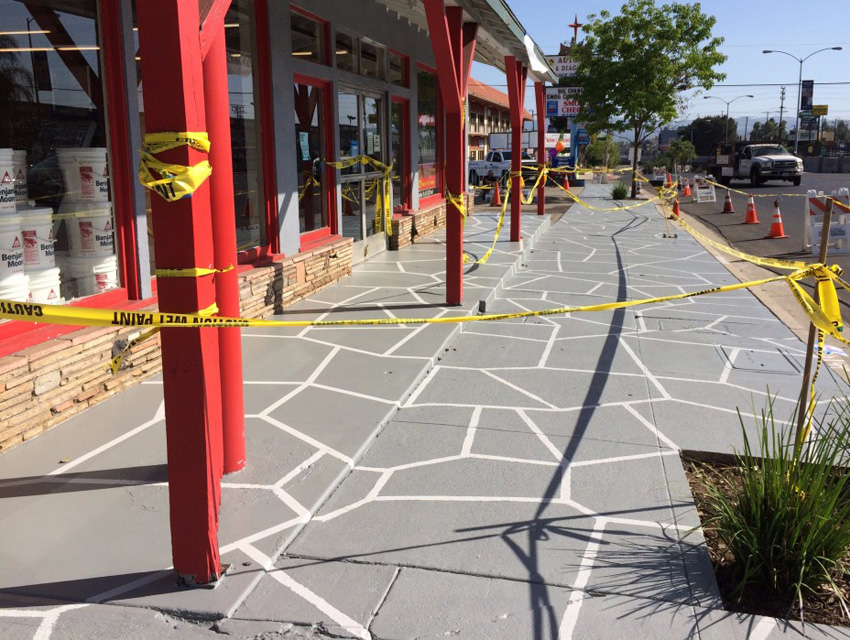 Image by Joe Linton via Streetsblog

First a one-mile stretch of Reseda in Northridge, from Partenia to Plummer streets, was repaved (you can almost smell that asphalt!), then a first-of-its-kind bike lane was installed. The parking protected lane means that cyclists will be separated from vehicles speeding up and down Reseda by a row of parked cars (see renderings here via Streetsblog).

Some colorful—as in canary yellow—street furniture has been set-up and the sidewalks received a groovy makeover; the patterns make it almost look like you’re stepping on cobblestones in the Valley. Who woulda thunk it?