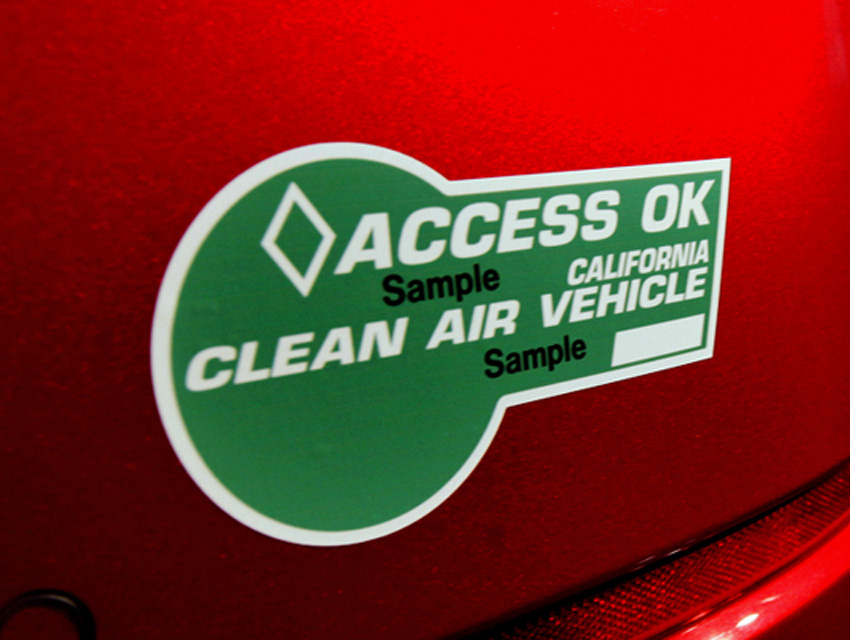 Image via Inside EVs

The state is close to handing out its last green carpool decal, which allow solo drivers in plug-in hybrid vehicles to ride in high-occupancy lanes.

The green decals have been capped at 70,000 and officials already handed out nearly 67,000, the L.A. Times reports. Even those who already have the stickers have a deadline approaching for driving alone in the carpool lanes: Jan. 1, 2019. (The white stickers, given to 100 percent battery electric or hydrogen fuel vehicles, also expire in 2019 but there’s no limit to how many are disbursed.)

Current policy allows all plug-in cars the perk, even hybrid vehicles like the Toyota Prius, which can only travel 11 miles on a charge before switching to gas mode. The Chevy Volt can travel more than three times the distance on electricity and next year’s model will go about 50 miles before resorting to the gas engine.

Legislation has been introduced in Sacramento to allow 15,000 more decals to be released, which would last about six months when factoring in averages sales of hybrids. Some, including transit agencies, are saying the state needs to get more choosy on which cars get the perk so hybrids don’t clog up the carpool lanes. A more restrictive policy could also encourage automakers to make their cars even more efficient. Companies like Toyota rely heavily on the carpool incentive for sales of their electric vehicles—they need all the help they can get—and are lobbying for the decal extension.

Technology Tries to Lure Drivers Back to the Carpool Lane