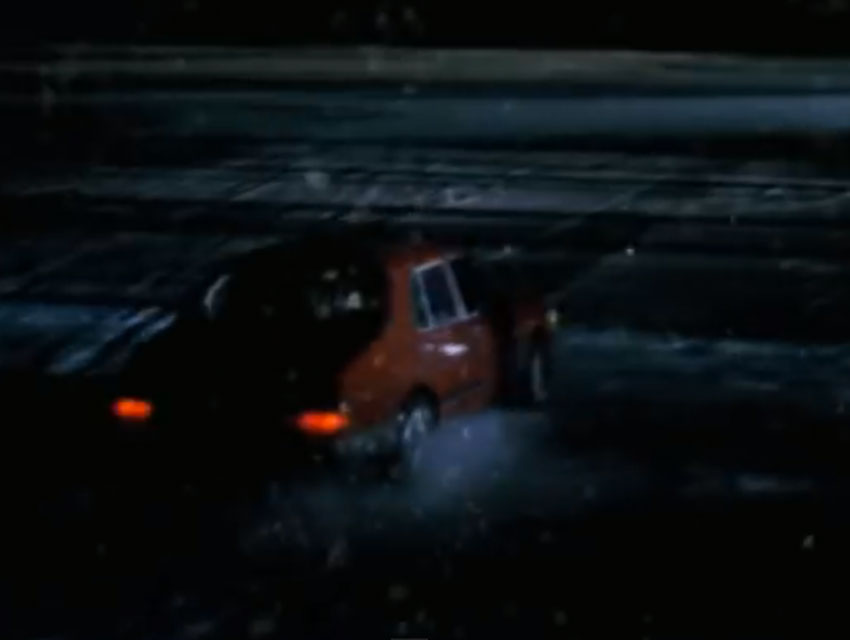 Rain is in the forecast for this Halloween, so why not opt for a spooky night in with some classic horror movies? We’ve all done Halloween and Scream to death (sorry), so our suggestion is killer car movies. There’s a whole sub-genre of scary auto movies and some are actually frightening. Run to RedBox or Netflix and pick up:

The Car (1977)
This B-movie starred a strapping James Brolin as a cop trying to save his town from a 1971 Lincoln Continental Mark III d, which apparently drove on its own (or with the help of a spirit). The Car had a pretty impressive body count, but its dialogue and acting were hackneyed—it was panned by critics. Still, it has some genuine camp value.

Christine (1983)
John Carpenter, the director of Halloween, took on the film adaptation of the Stephen King novel. Carpenter changed up a few things from the book, having jealous, vindictive Christine—a 1958 Plymouth Fury—possessed from her birth on the assembly line, while she was taken over by the spirit of a former owner in the book. Starring Harry Dean Stanton and Alexandra Paul, the movie had the memorable tagline, “Body by Plymouth, soul by Satan.”

Black Cadillac (2003)
Randy Quaid starred in this bomb about three teenage guys hunted by the titular Cadillac (a 1957 Cadillac Series 75 Limo) after a drunken night at a roadhouse. Quaid plays a cop with mysterious, and possibly nefarious, intentions. Frighteningly enough, director/co-writer John Murlowski based the screenplay on his own experience being chased by a driver down icy roads.

Death Proof (2007)
Quentin Tarantino’s half of the double-feature Grindhouse project, Death Proof was a slow-burn that ended with one of the spectacular car chases captured on screen. Paying homage to B-movies of the ’60s and ’70s (like The Car), Death Proof featured a bevy of beauties stalked by a homicidal stunt driver played by Kurt Russell. The driver’s 1971 Chevrolet Nova, equipped to survive any crash, is a horrifying weapon of destruction. After a graphic quadruple murder, Russell tries to repeat the act with more young women, but he didn’t count on them being as deft behind the wheel as he is.