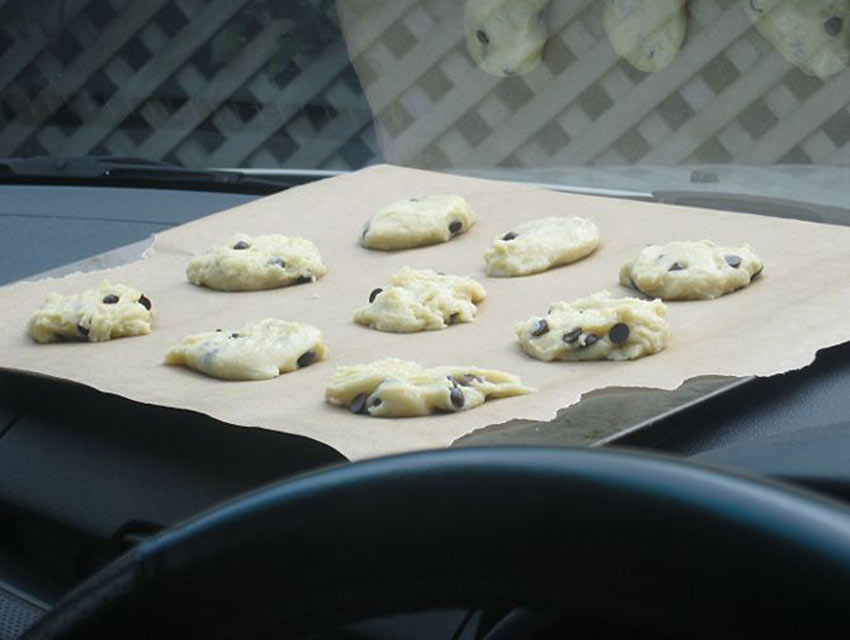 It’s hot as Hades in L.A. this week and it’s only going to get warmer (in the immediate future and, likely, years from now). One of the most unpleasant aspects of the rising temps is how stifling cars can get after sitting in the sun. Those window visors and covers help, but choosing the right car color can also make a big difference.

It’s intuitive to think that a white or silver car will attract less heat than a black or dark brown car. That is indeed true and the temperature difference is nothing to scoff at. A black car left out in the sun had an internal temperature about 10 degrees warmer than a silver car in the same circumstances; the latter can reflect about 60 percent of sunlight.

A cooler car will reduce the need for blasting the air conditioning, which eats up gas and increases carbon dioxide emissions. Recent research showed “that the capacity required to cool the cabin air in [a] silver car is 13% less than that required in [a] black car.”

For those who can’t part with a sophisticated dark color, there is always solar reflective paint. Cars that come with SRP remain five to six degrees cooler than those without, and can be equipped with smaller air conditioners that improve fuel economy and emissions. As the world gets warmer, we hope this becomes as standard a feature as A/C.