Home Uncategorized California Adventure’s Cars Land Getting a Tune Up 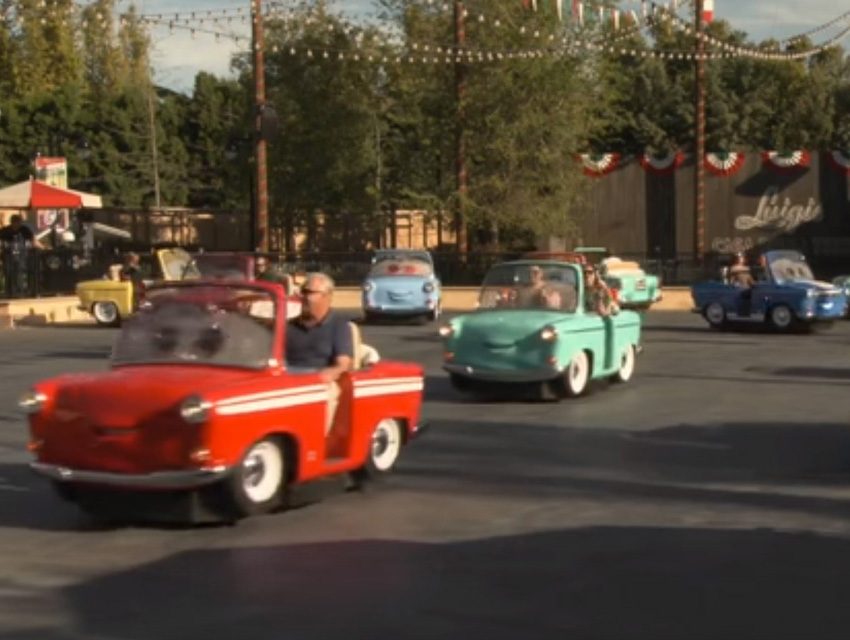 Cars Land has been a hit since it debuted at California Adventure in 2012, but that doesn’t mean it can’t use an upgrade—a new ride, called Luigi’s Rollickin’ Roadsters, debuts March 7.

Roadsters is a variation of a now-shuttered ride, Luigi’s Flying Tires, that ran anything but smoothly. While the accident-prone Tires ride (which launched beach balls at riders!) featured bumper car-like giant tires that floated a few inches from the ground thanks to a cushion of air, Roadsters will be a more straightforward attraction, with riders hopping in small cars that “move and spin to upbeat Italian music, performing the traditional dances of their hometown village,” according to the Disney Parks blog.

Each of the 20 trackless cars will have its own personality and song, so the ride won’t be repetitive (unless you take it for too many spins). The cars actually look adorable; check out the video below.

The now-shuttered Tires ride was itself a variation of a Disneyland attraction from the 1960s, which had flying saucers floating above the ground. Injuries were common in the mid-century version, and the problem persisted even when the concept was brought to California Adventure in 2012. Not only were bumps and bruises happening—a visitor got whacked in the head by a beach ball, triggering an investigation by state officials—but wait lines were insufferable. The ride closed last year.

The Halloween Treats at Disneyland This Year Look Scary Good

Next for Disneyland: Expanding into the Marvel Universe