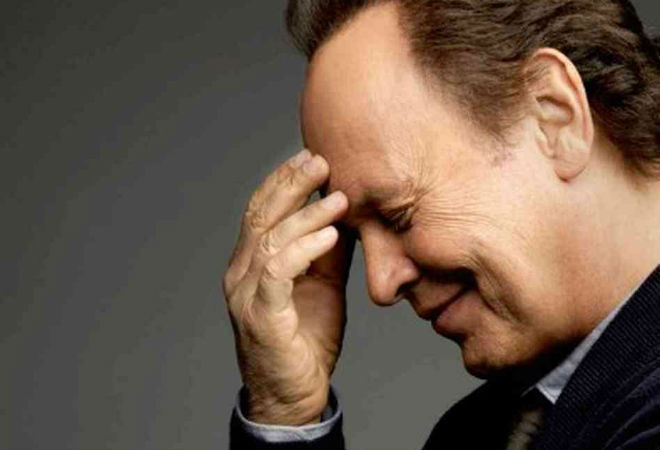 Billy Crystal has trouble staying awake during movies. And plays. And musicals. According to the comedian’s latest book, Still Foolin’ ‘Em: Where I’ve Been, Where I’m Going, and Where the Hell Are My Keys?, turning 65 has made Crystal extraordinarily tired and, hmmm, what’s the word? Forgetful. Luckily, the actor isn’t so forgetful that he can’t recall vivid details about making his debut on Johnny Carson or being in the writers’ room for a little film called When Harry Met Sally… Nor has he forgotten the nausea induced by witnessing his grandfather manhandle dentures during Thanksgiving dinners or the heartbreak of losing his dad as a teenager.

In a chapter called “The Elbow,” Crystal recalls the last Broadway show that kept him conscious: Fences, starring James Earl Jones. It wasn’t Jones’ outstanding performance that prevented Crystal from passing out, however, it was the actor’s steady spray of saliva, a result of near perfect diction. Crystal’s impression of Jones—the unforgettable voice of Darth Vader, Mufasa, and CNN—brings comedic life to the essay that could not be easily conveyed on paper.

About half of Still Foolin’ ‘Em was recorded in a studio, and the other half in front of a live audience. Crystal’s energy soars when the audience reacts, and his live readings outshine the rest, which sometimes fall flat when he doesn’t reign in his tendency to namedrop (“I met Rob Reiner and we became very good friends.” No kidding!).

GREEN LIGHT: Even for those without an AARP card or a history of celebrity friendships, Still Foolin’ ‘Em is relatable, and thus, hysterical. Billy Crystal makes a great commute-buddy.