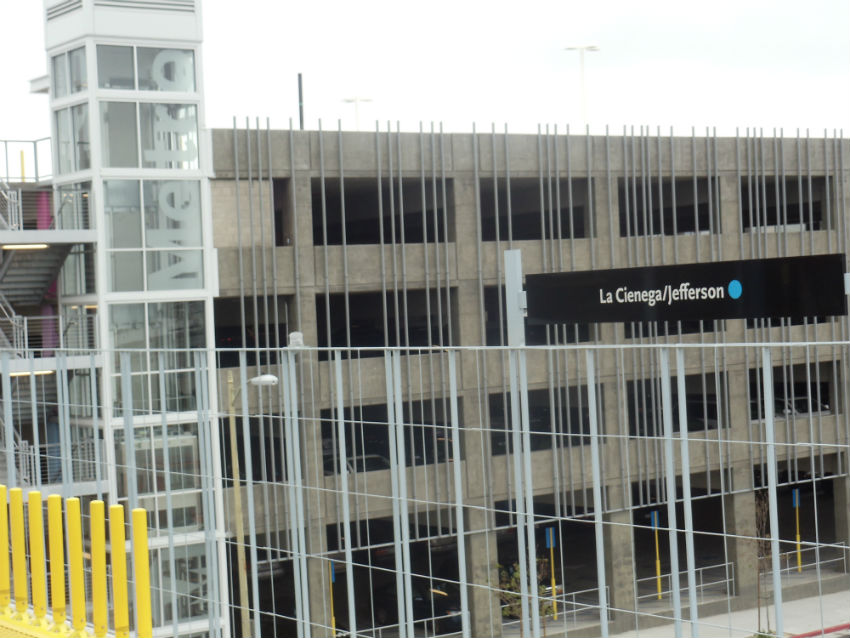 As Metro’s rail lines reach further into the edges of L.A. County–there will be over 100 miles of track in a little over a year–there’s a growing need for commuter parking, especially at the far-flung stations many miles from job centers like Downtown, Hollywood, and Culver City. As reported in the L.A. Times, Metro can’t keep up with demand, with some subway and light-rail parking lots completely full by 7:30 a.m. Until more garages open up, here are your best options for finding a spot during the morning rush–or before a Trojans or Lakers game.

Red Line: Universal City
For Valley-to-Hollywood-DTLA commuting, this station is your best bet, parking-wise. Even if you live closer to the subway’s terminus in North Hollywood, drive the few miles south to Universal City; your odds of finding parking is much better since NoHo is a much-busier station and a good chunk of Universal City users are car-free tourists.

Expo Line: La Cienega/Jefferson
Westsiders heading to USC or a Kings game may have the urge to ditch the car at the Culver City station (at least until the extension to West L.A. and Santa Monica opens in a year or so), but head to La Cienega. This station is less busy and parking is inside a covered garage, so your car won’t be exposed to the elements like it is at Culver City.

Green Line: Aviation/LAX
This station is relatively easy to access since there’s not much around it but industrial El Segundo. The free parking comes in handy for not only accessing the Green Line, but the Blue Line (which connects to the Green Line), and a free bus to LAX’s terminals.

Gold Line: Sierra Madre Villa
This is the Gold Line terminus station in East Pasadena (until the line stretches to Azusa in a year) and it comes complete with a multi-level parking garage that connects to the station with a very cool pedestrian bridge. For those in the San Gabriel Valley, parking here and train-ing to DTLA is a much cheaper and less infuriating option than battling the 210.